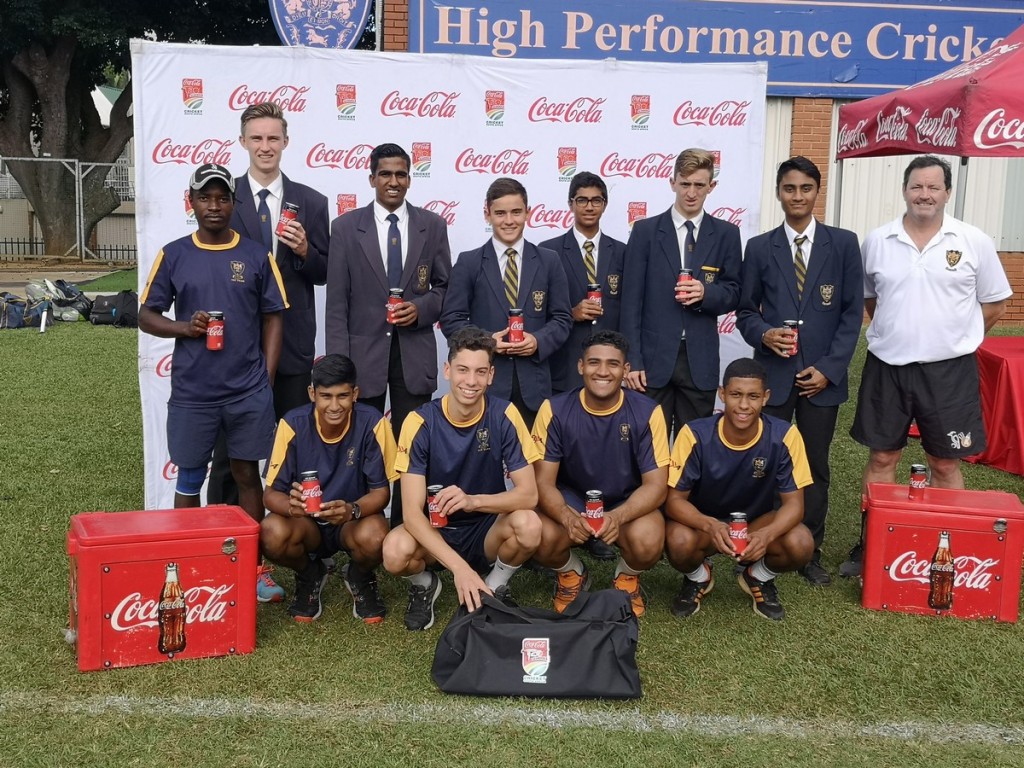 Michaelmas Week must be one of the toughest Cricket Festivals in South Africa and there is never an easy game. In the 2019 edition of Michaelmas Week DHS, played KES, St David and St John’s in a 50 over fixture and finished the Festival off with a T20 against Jeppe.

The first game was against a very powerful KES team. DHS won the toss and elected to bat. DHS did not get off to a good start, losing two early wickets. DHS batters failed to construct a solid partnership, as batters just got themselves in then proceeded to give their wickets away. New team member Humphrey van der Merwe was the only batter to apply himself with a well-played 38. DHS struggled their way to 148 all out.

KES batters got off to a slow but positive start. Although DHS were defending a relatively low score against a powerful batting line up, a crucial dropped catch when their opening batter was on 6 could have changed the early complex of the game as DHS picked up two quick wickets shortly after that. The KES opening batter went on to score a well-played 80*.  KES reached 151 for the loss of 3 wickets.

The game ended on a disappointing note as we lost Humphrey van der Merwe with a hamstring injury. This loss proved crucial for the remaining fixtures as he is a vital member of the squad.

DHS won the toss and again elected to bat. Together with some indifferent bowling from the St David’s bowlers, the DHS openers got off to a good start. Again batters got in and once a partnership was developing batters got themselves out. DHS reached 228 for 8 after their 50 overs, with Captain Taine Owen top scoring with 38.

St David’s have a strong top order so it was crucial for DHS bowlers to pick up early wickets. St David’s got off to a slow start, against a disciplined DHS opening attack. DHS soon had St David’s 3 down but a 70 run 4th wicket partnership bought St David’s back into the game. DHS broke the partnership with the 1st ball after tea. With the game delicately balanced and with rain and bad light threating it did not last much longer after tea, with DHS ahead on the run rate after the overs bowled. Pity rain had the final say.

DHS won the toss and decided to bowl first. Josh Stride bowled superbly up front, with his 1st 5 overs being maidens. Unfortunately, although DHS picked up 2 wickets, he was not supported from the other end.

Our three spinners bowled well in the middle order but at times were not backed up in the field. St John’s eventually reached 199 in their 50 overs, with Josh Stride and Ross Shedlock the pick of the bowlers.

DHS set after St John’s total but unfortunately again our batters got themselves in and as a partnership was developing, they got themselves out.  Captain Taine Owen kept the run chase together with a well-played 47. The game eventually came down to a knife edge with DHS needing 8 runs on 12 balls with 1 wicket in hand. Josh Stride, who had batted brilliantly to get DHS into a winning situation, sadly finally got out and we lost the game by 8 runs. Who said cricket isn’t a game of margins, a yard either to the fielders left or right and it was 4 runs. A disappointing end to a game we should have won.

DHS lost the toss and were put in to bat on a slow wicket against a top Jeppe team. DHS battled their way through their 20 overs with the bat against a strong Jeppe bowling line up. Braydon Sambhu batted well up front for a patient 34 (37) and Ross Shedlock with a well-played 23* (20) at the back end of the innings, helped DHS reach a competitive 110 for 9 in 20 overs.

DHS defense of 110 could not have got off to a better start with Josh Stride picking up 2 wickets on the 1st over.  DHS bowlers continued to put the Jeppe powerful batting line up under pressure with some very disciplined bowling and the game came down to Jeppe needing 7 runs to win off the last over and 1 run off the last ball. A really intense and exciting game that Jeppe managed to pull off.

The entire team can be extremely proud of their performances this week. The early loss of Humphrey van der Merwe was really disappointing but the boys stuck together and proved to themselves that they can compete with the best schools in the country. They just need that self-belief and winning mentality that they can beat these teams. This Festival proved that they have the ability.

Thank you to my assistant, Sparks Takodza, for all his tireless hard work and support, Captain Taine Owen, for leading this squad with distinction and every member of the DHS team for the way they played and conducted themselves during Michaelmas Week.