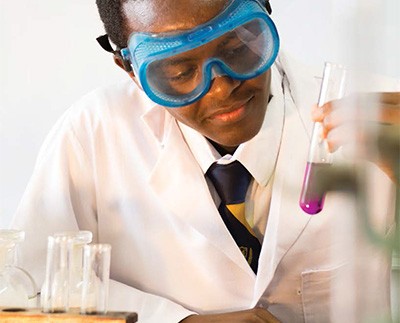 “May each and every one of them ever remember that as he is, so is his School.”

Year in and year out, DHS is one of the stellar performers when the province’s matric results are listed, with an 86% matric exemption rate over the past five years. The School frequently has learners in the top 10 candidate rating. A aggregates and subject distinctions are widely achieved on an annual basis and numerous successes have been notched up in the field of Olympiads and Science Expositions over the years.

This individual support is augmented by a career guidance and a counselling infrastructure that encourages boys to assess critically their strengths and weaknesses. This practice assists them in their choice of subjects and potential career paths.

The successes of alumni in various academic pursuits bears testimony to the preparation provided by DHS during their vital senior school stage. This preparation is extended to encompass new options and possibilities for learners as we embark on an exciting journey in education, the National Senior Certificate (NSC) for Grade 12 learners.

DHS facilities are top-notch. Our Media Centre includes a contemporary library, state-of-the-art IT and audio-visual centres. The School is embarking on an extensive upgrade of existing classrooms and specialised facilities, such as laboratories and dramatic arts venues.

DHS offers the following subjects in the GET and FET phases: 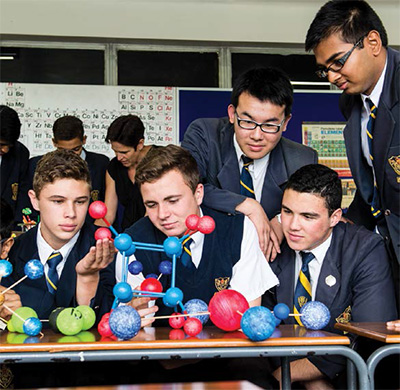 Current class sizes in Grade 8 and 9 stand are a maximum of 28 learners per class. The philosophy behind this is to ensure that pupils in these two grades receive as much academic support as possible when they are making the transition from primary to high school. In certain subjects (ie, Mathematics and Languages) some classes are split even further to ensure that individual attention is provided to pupils who may experience difficulties in these specific subject areas. Class sizes in Grades 10 – 12 vary according to subject choice and may vary from 1:15 to 1:30 (maximum). In addition to a well structured mentorship programme, learner support department and counselling policy at the school, we also offer Mathematics, Physical Sciences, Life Sciences, English and Afrikaans Support Services to learners after hours should they wish to achieve additional expert tuition.

What is the purpose of the International Studies Programme?

While the benefits of the ISP are many and varied, our core aim is to provide an opportunity for DHS learners to gain an international perspective, establish cross-cultural and interpersonal skills which will insure their success in the global environment of the 21st century.

“Ours is a world of 24-hour-news cycles, global markets, and high-speed Internet. We need to look no further than our morning paper to see that our future, and the future of our children, is inextricably linked to the complex challenges of the global community. And for our children to be prepared to take their place in that world and rise to those challenges, they must first understand it.”