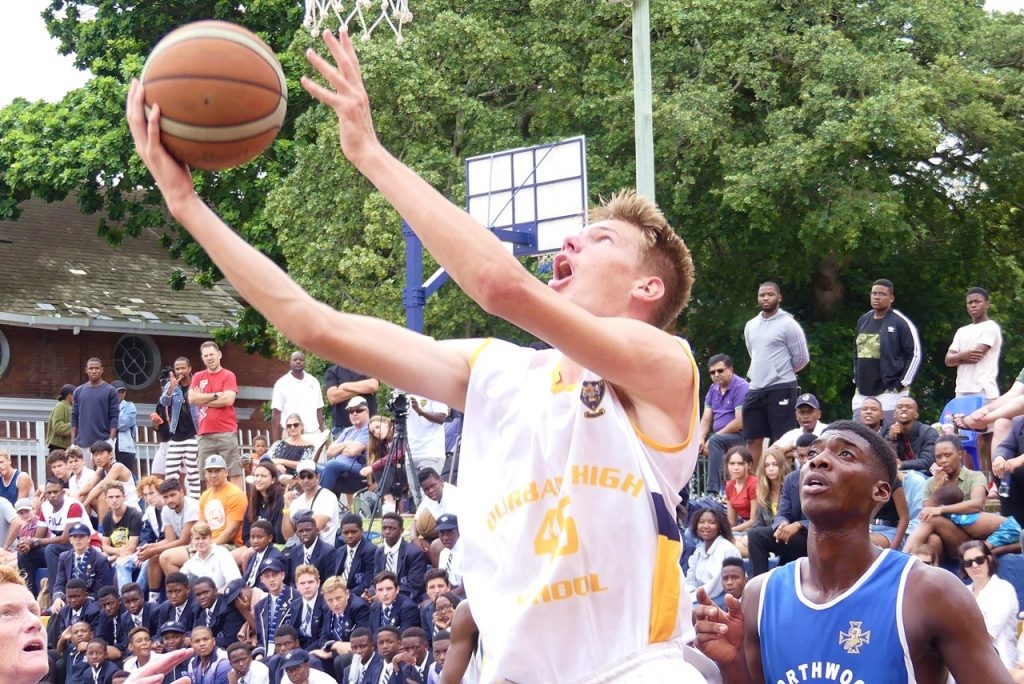 DHS, Northwood and their supporters brought the basketball court to a boiling cauldron of passion and emotion on Saturday as the two schools’ first teams engaged in an outstanding back-and-forth clash, writes KZN10.com’s Brad Morgan.

Fortunes ebbed and flowed and as they did the intensity increased and the volume from the spectators grew. This was school basketball at its best.

Despite playing away from home, Northwood began the contest looking a well-oiled and skilled machine. They moved the ball comfortably up and down the court and, in fact, settled far more quickly than DHS.

DHS, though, are relentless in their defence, often double-teaming the man on the ball, which forces the opposition into poor passes and turnovers, and that approach soon began to pay dividends as they clawed their way back into the contest.

Centre Asher Knox-Davis (featured image at the top) was an immense presence around the basket, rebounding powerfully, both defensively and offensively, to help his team wrest control in the paint. Meanwhile, point guard Emmanuel Mayiza soon had the ball moving nicely around the flanks of the Northwood defence.

From a nine-point deficit, DHS quickly closed to just three down, 22-25 after the first quarter. Alongside the court, the spectators were getting pulled into the spectacle. The DHS boys and a smaller but vociferous group of Northwood boys began to make their presence known.

Working their structure well, the home team hauled in and then passed Northwood to take a 35-29 lead at half-time. The momentum was with them.

In the second half, Northwood point guard, Bena Kabuya, made his presence felt in a big way with his outstanding close skills and smooth shooting. Time after time he was able to outmanoeuvre the double-team trying to stop him, using his skills to split them or his athleticism to round them.

Led by Kabuya, the visitors came roaring back and retook the lead, three points clear at 49-46 at the three-quarter mark.

As time slipped away, Northwood doubled their advantage, moving six points ahead at 55-49. That’s when DHS captain H. Noncembu (that’s the Christian name he goes by) showed why he had been entrusted with the leadership role.

All hustle and heart, he set the example, despite struggling with cramp, and took the game to Northwood. He challenged them on the boards and drove hard towards the basket, taking the shortest and most direct route possible. When he sank a free throw, he turned to the DHS supporters and let out a roar, which brought huge cheers from the throng packing the sidelines.

Both benches called a series of rapid timeouts as they struggled to deliver messages to their players on court over the wall of sound that had enveloped the game.

With 30 seconds remaining, DHS, spurred on by Noncembu had drawn level at 60-60. It was electric both out in the middle and along the sidelines.

Then, with time almost expired, Noncembu sank a free throw to seal a spectacular 61-60 victory for the home team. As the whistle blew, the DHS supporters bounded onto the court, jumping skywards and shouting with joy.

Northwood’s shoulders slumped. They had played their part in a thrilling contest, but on this day, under overcast Durban skies, it was, painfully, just not enough. DHS 61-60 Northwood.”

Article and photos from:
http://kzn10.com/dhs-edge-northwood-in-basketball-thriller/

Video highlights of the game can be found on out Facebook page:
https://www.facebook.com/DurbanHighSchool/videos/138626594121092/ 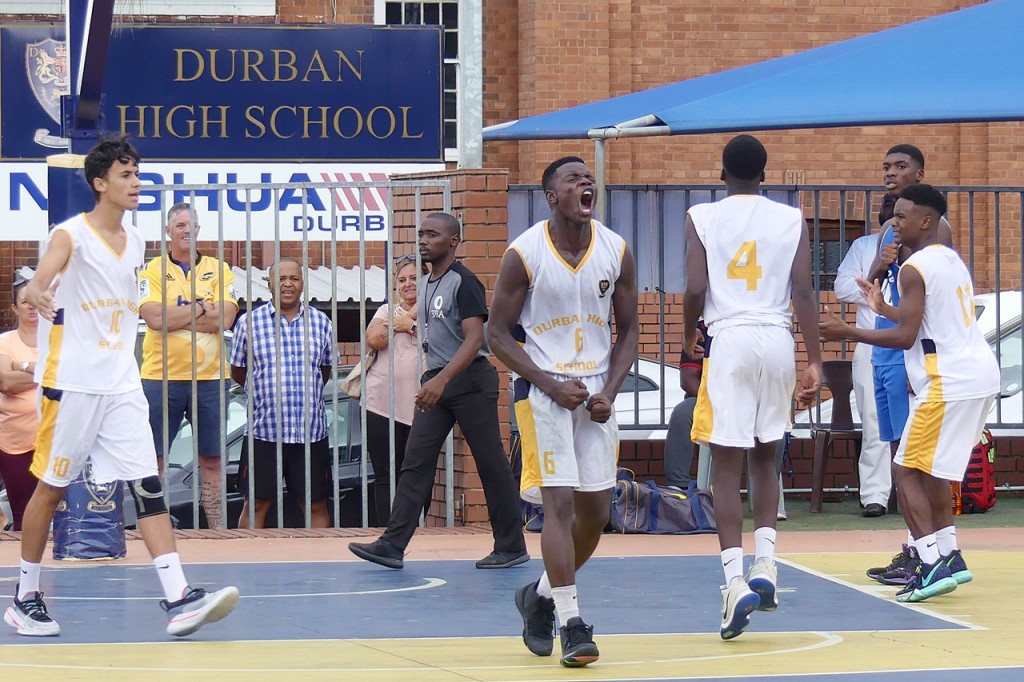 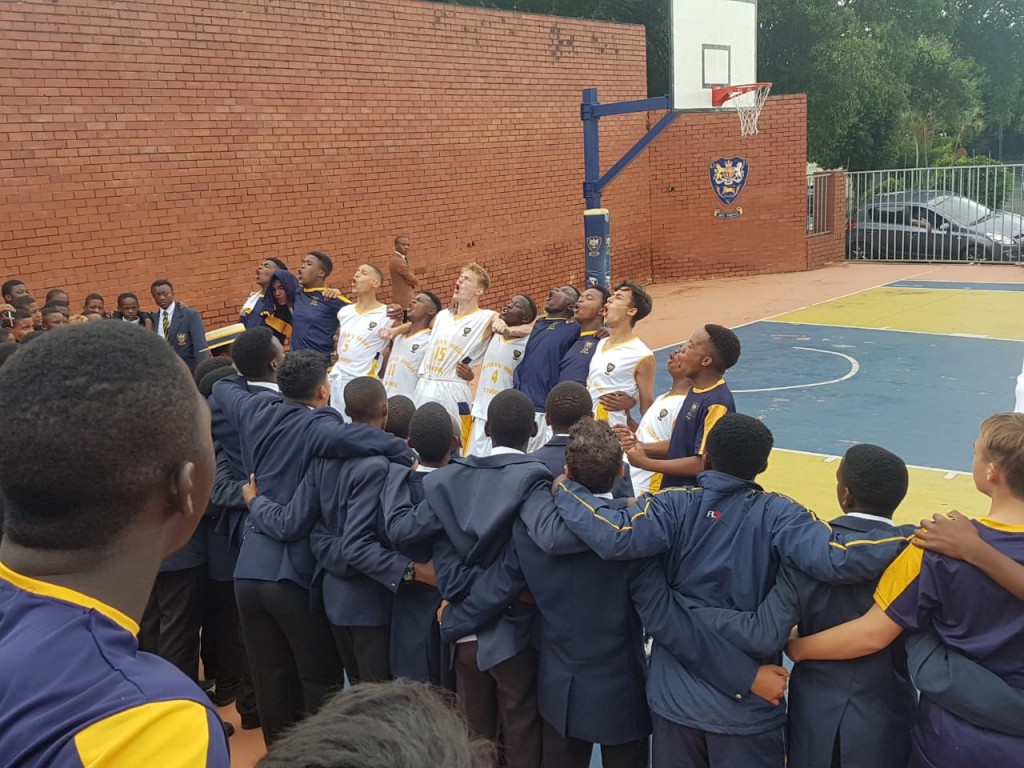 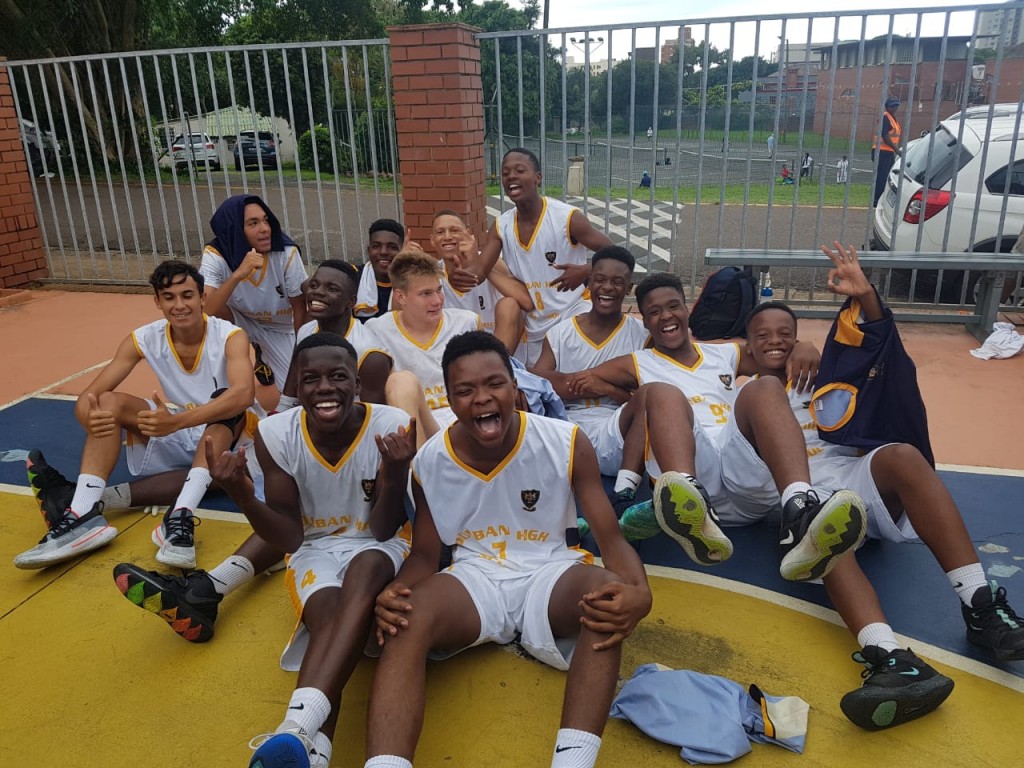