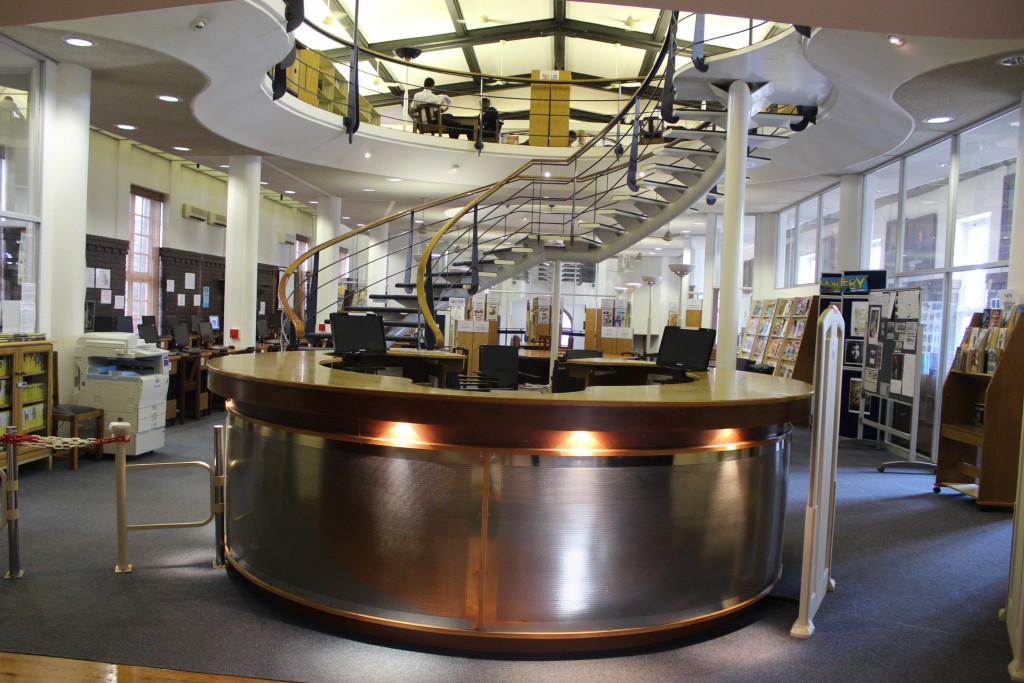 The attack on the original dome at the entrance to the building was not the only modification to the edifice. The two sets of brick stairs on either side of the Hall were removed, and those entrances were enclosed. The stage was removed but not the memories that were created there.

The entrance under the repaired dome leads into the reception area which is in the process of being up-graded.

The interior floor was raised by about two metres, to afford space below to house the Archives Room, and office space, at present, to allow ample room for administration folk, and a larger than average classroom space for teaching.

The original Hall is today a four-level building which was completed in 1999, hailed as the top Media Centre in South Africa at the time. However, it is twenty years since that development, and Head Master Pinheiro sees this Memorial Hall being transformed into a centre that will house the equipment needed by the modern boy for his immediate future.

This will be a genuine twenty-first century Media Centre.

Dispersed in the room will be displays depicting the proud history of D H S to remind us from whence we came. The modern state-of-the-art Media Centre will soon be a fait accompli. The boys are encouraged to take advantage of the multi- mediums that will be housed in the centre, to attain reachable goals, all the while reminding us all why this building was erected and has stood here for one hundred years.

“Here too Came Once Those Others”