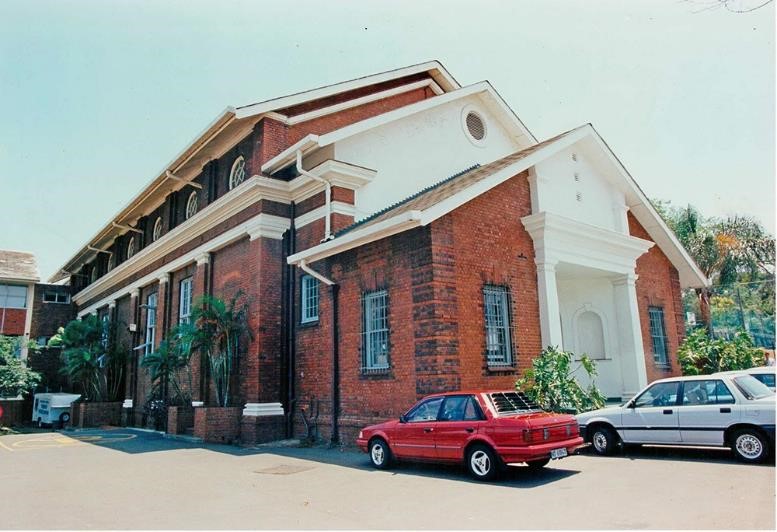 The Old Memorial Hall shortly after the dome had been destroyed

The New Hall of 1919, a magnificent structure, was the centre of attraction to the general public, and of course its neo-classical, late 18th century style reviving the precision and symmetry of Rome and Greece, reinforced Head Master Langley’s mission to educate his boys in the classical languages and philosophy of Ancient Greece and Rome.

This Memorial Hall would, under Langley, be the mentor of all activities carried out within its walls, and would be the place to display respect for the Fallen, discipline and the good name of Durban High School.

Discipline was administered in the form of severe strokes with a light cane, referred to as ‘tough love’. Accompanied with these thrashings, Mr Langley would refer to the miscreants as scum and suggest that they should exit School and find a place further down the Berea at the Technical High School. He would impress upon the whole School that the Tech was something contemptible. Then he would thrash the boys publicly on the raised platform in front of the assembled School.

It is alleged that Langley, summoned six boys found guilty of smoking, to the lectern. They were severely caned six cuts each before they were invited to return to the assembled School body. The Head then requested all boys, who were also smokers, to step forward. Approximately 400 responded. Several staff members were commandeered on the spot and instructed to help administer the punishment. This was not the end of proceedings. Mr Langley invited the rest of the School to the stage because he felt they were either liars or prigs anyway.

The Hall over the years was the venue staging wonderful play productions, talent shows, end-of -year Speech Day Prize Giving assemblies, visiting speakers, an examination centre where the boys sat for the Junior Certificate and Matric.

Len Baumann, a Blackmore boy, Class of 1939, recalled recently to the writer that dance lessons were offered in the late 1930s on Wednesday evenings in the Hall from 7 00pm. The boys were required to be dressed in suits and the cost was 10 shilling a term. (That is about one rand). At the commencement of the first hour, the boys were divided into groups and a teacher instructed and demonstrated the footwork to the boys. The second hour saw the arrival of a bevy of young ladies from a local nearby school. The boys had the opportunity to display their skills! These evenings, understandably were fairly popular.

When the present, D C Thompson School Hall was built, the Memorial Hall became a general purpose room and a thoroughfare for staff to cut along from the New School (built in the 1970s) to the pre-existing Science Block.

In 1985 the Memorial Hall was handed over to the Basketball fraternity. They had a good following and were to be the top basketball school in South Africa for a number of years.

The next phase of the evolution of the Memorial Hall to be developed by Old Boy and Architect, Chen Sagnelli and his team of professionals was to come about in 1999.However, a fellow Blackmore pupil and friend of the writer, an entrepreneur, visualised the possibility of opening a lucrative business without permission from the Head to operate a business in an out of bounds area! His name, Neil Hampson. He had over 40 years earlier, in the late 1950s, discovered a vast area under the stage just waiting for development. He set up a barber shop. He had electricity at hand and the salon was well illuminated. There were many of the comforts one would have enjoyed at other commercial barber shops in town. The best ‘comfort’ was Neil’s price was less than half the price of his competitors. And, one could have the option of buying on credit. His clippers originally manually operated, were soon replaced with the most up-to-date electrically powered instruments because he found them more efficient, and clients were happy with his proficiency. This business was very well supported and happily my friend soon opened a second salon in a secluded position ‘off the beaten track’ at Dear Old Durban High. 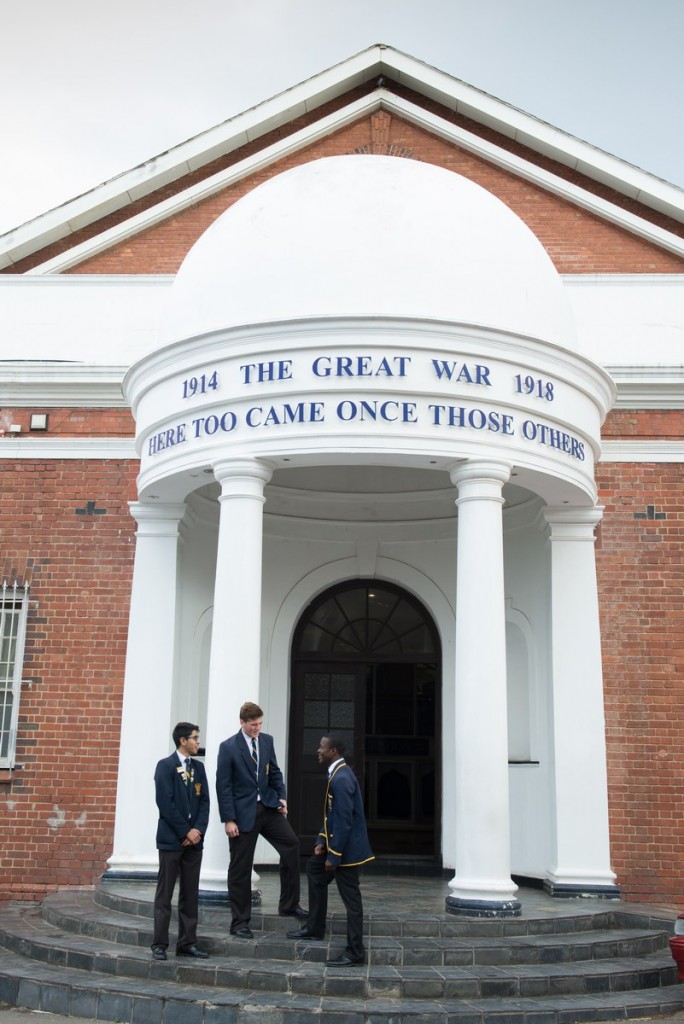 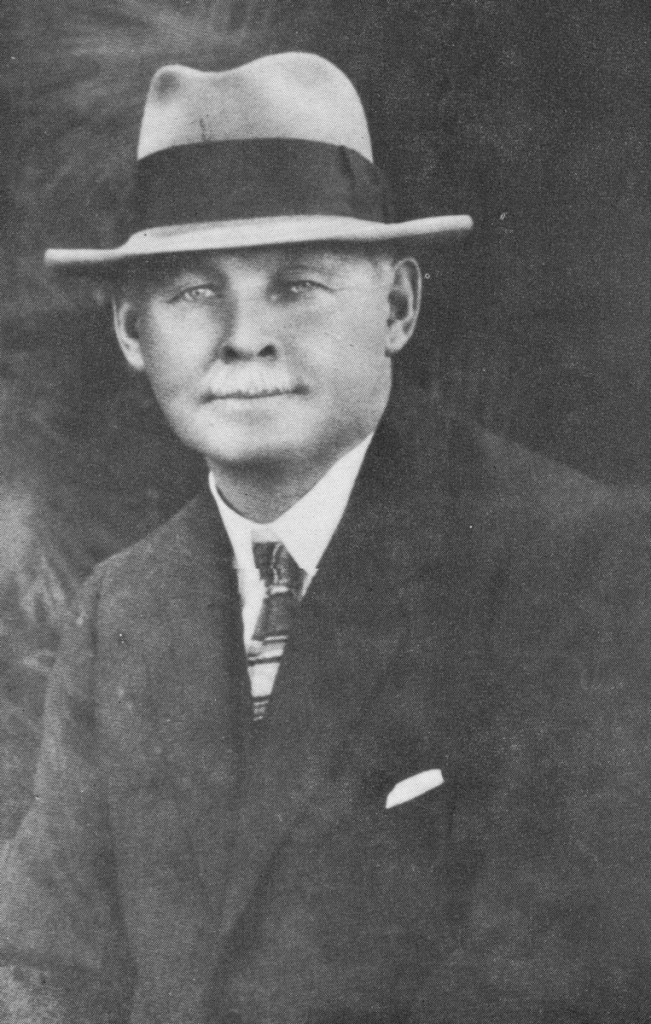