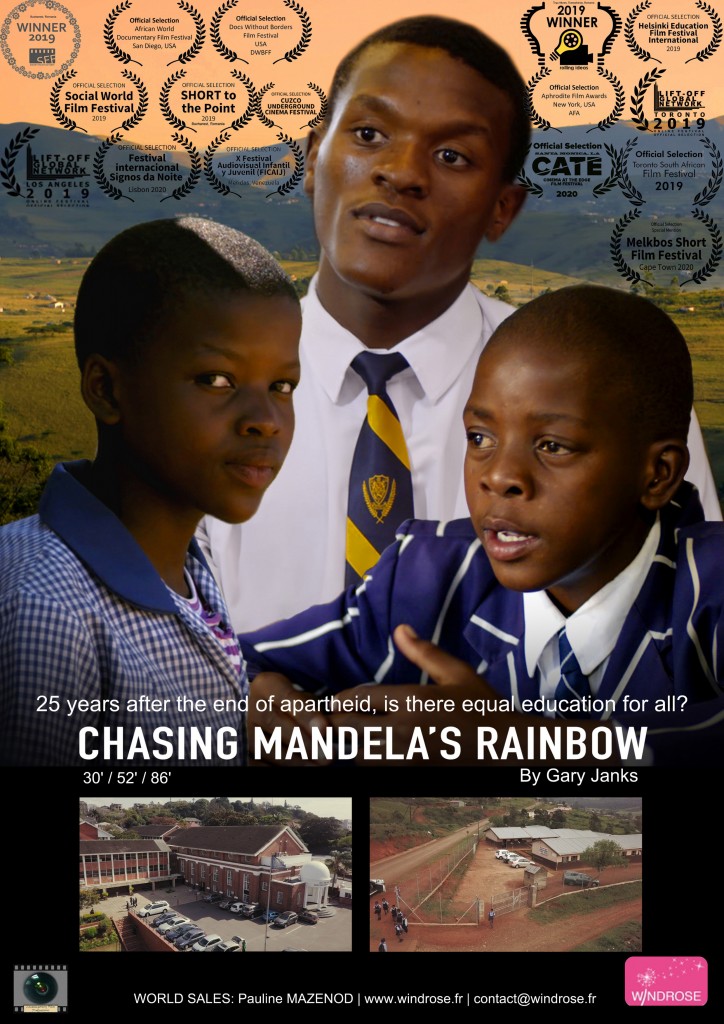 Phendulani Buthelezi, Head Prefect and Captain of Rugby in 2017, features in a film which is premièring in KZN at the Suncoast Cine Centre Cinema on 6 April.

This award winning movie was filmed during the course of 2017 and parts of the movie were filmed at DHS as the film crew followed Phepsi around. It features three school children from South Africa, one of whom was Phendulani. Phepsi is now a 3rd year engineering student and a member of the Sharks rugby team.

“Mandela’s South Africa has been an unrelenting struggle between utopian hope and painful reality. Three school students, aided by their teachers, want to join the success story this country was meant to become, post-Apartheid. They strive for recognition, dream of their place within a society, meant to work for all. Their dissimilar backgrounds and battles illustrate why Mandela’s vision never quite materialised and is still, a haunting and illusive rainbow.”

This compelling and moving documentary has been selected for 16 film festivals, has won the Audience Award for the Best Documentary at the Cinema At the Edge in Santa Monica LA in the USA, has won the Best Education Challenge award at the Helsinki Education Film Festival International, screened in October 2019 as the gala night film of the Toronto South African Film Festival and in November 2019 it was judged the Best Message winner in the youth section at an International Audiovisual Film Festival in Venezuela. It has been bought by two TV broadcasters in Europe (Sweden and Germany) and will be broadcast worldwide in four languages (English, German, Spanish and Arabic). The trailer for the movie can be seen at:  https://vimeo.com/294382384

All DHS Boys, Old Boys, Parents and Staff are invited to purchase tickets to attend the KZN Premiere on 6 April. Mr Janks assures us: “It definitely will make everyone connected with DHS feel very proud!”

Details on how to book tickets for the movie will be provided closer to the time.