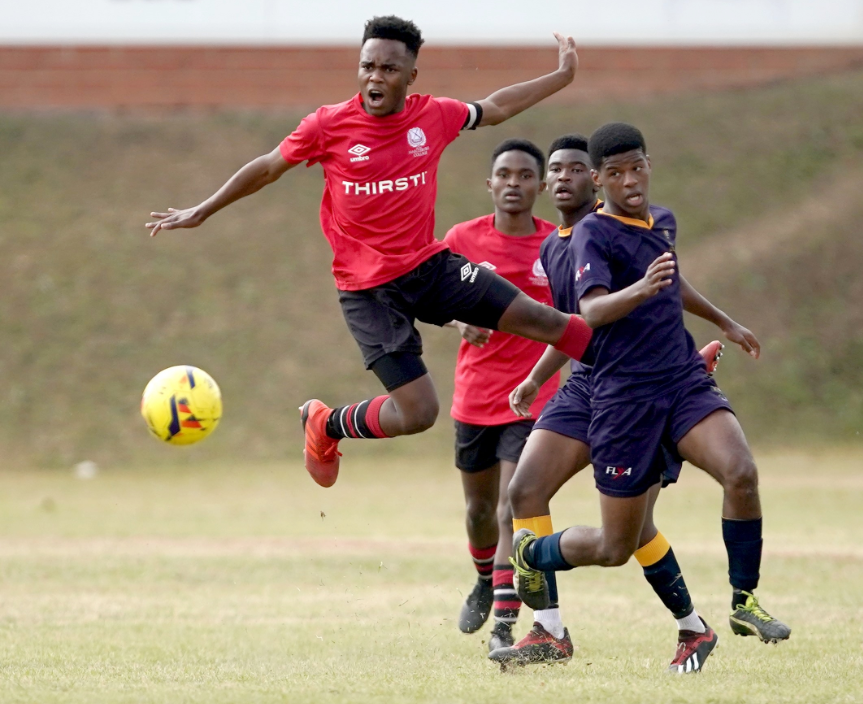 On Saturday 17 August 2019, history was made at Maritzburg College, with the first DHS vs College Football match in over 100 years being played on Goldstones. School and College compete for the Raw Cup, which they first played for in 1889. Unfortunately, the cup was lost for 54 years and then revived again in 2008 after it was found at a flea market. This year DHS was defending their title after winning the cup in 2018.

The game on Saturday was destined to be a very tense match, with both teams having similar results against similar opposition. DHS applied a lot of pressure through their now definitive possession based style of play. The opening goal, however, came from a counter attack from College’s corner kick and Kyle Thyssen slotted away a well worked DHS move.

The second half was soaked with pressure as both sides struggled for the ascendency. Senzo Memela of DHS made a breath-taking save to deny College the equalizer, right after the College goalkeeper had done the same.

The game ended with College scoring a late equalizer and then winning 4-2 off the lottery that is penalties.

It was expected to be a close encounter, with both teams having achieved similar results against common opponents. DHS, as per normal, started off by dominating possession, passing the ball around trying to find openings in the Westville defence to create chances. A combination of a stubborn Westville defence and poor finishing by the DHS attack resulted in the game going into halftime with a score line of 0-0.

The second half was more of the same for the DHS boys as Westville’s strategy was to play defensively and look to score off a DHS mistake, rather than provoke attacks. This tactic paid off for Westville as they scored a late goal through stealing the ball from a DHS defender.

Durban High School threw everything and the kitchen sink at Westville to no avail; they came close to scoring but the ball just couldn’t cross the white line. The game finished in a 1-0 loss.

The Glenwood side started off the stronger of the two teams as they looked to defend aggressively, pressing the home side high up the field and looking to pounce on their mistakes. This tactic proved beneficial for Glenwood as the DHS boys made a few questionable decisions in possession and on defence in their own half, which can be attributed to early game jitters getting the better of the DHS defenders. One mistake too many, and the Glenwood boys managed to score after having an initial chance hit the crossbar.

From the 20th minute till the end of the first half saw a revival from the DHS boys as they took control of the game through some good old fashioned dog fight, winning their physical duels and being more aggressive in possession, dribbling and passing the ball forward. This led to a late penalty being awarded after a Glenwood player handled the ball in the box. DHS boys squandered this opportunity to equal the game, both teams going back to the change-rooms with the score at 1-0, advantage Glenwood.

The second half was a one sided affair, with DHS dominant. The effort levels from the boys in blue was enormous as they chased down every loose ball, leapt valiantly for every aerial duel and had the courage to constantly want possession of the ball. This attacking pressure created a glorious goal and equaliser, which was converted by Spesihe Mthembu.

With 15 minutes left in the encounter, Durban High School went for the win, with wave after wave of attacks being launched at the opposition. This was to no avail as this great derby game finished as a 1-1 draw, with both teams sharing the spoils. 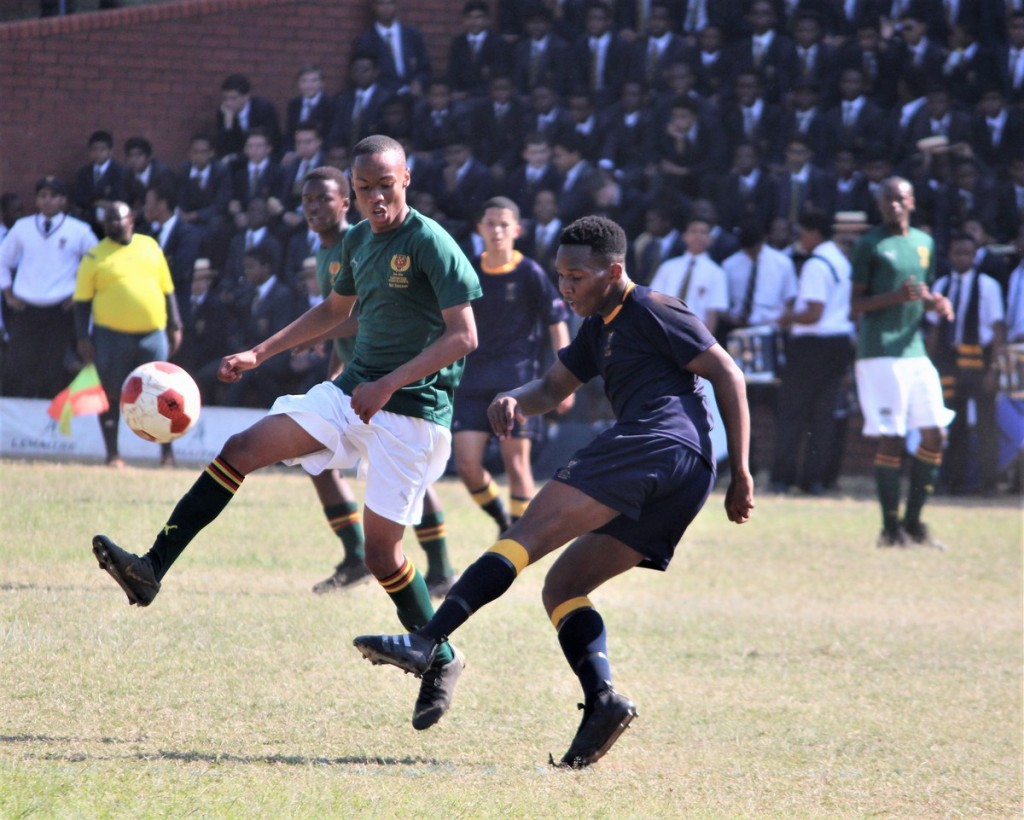 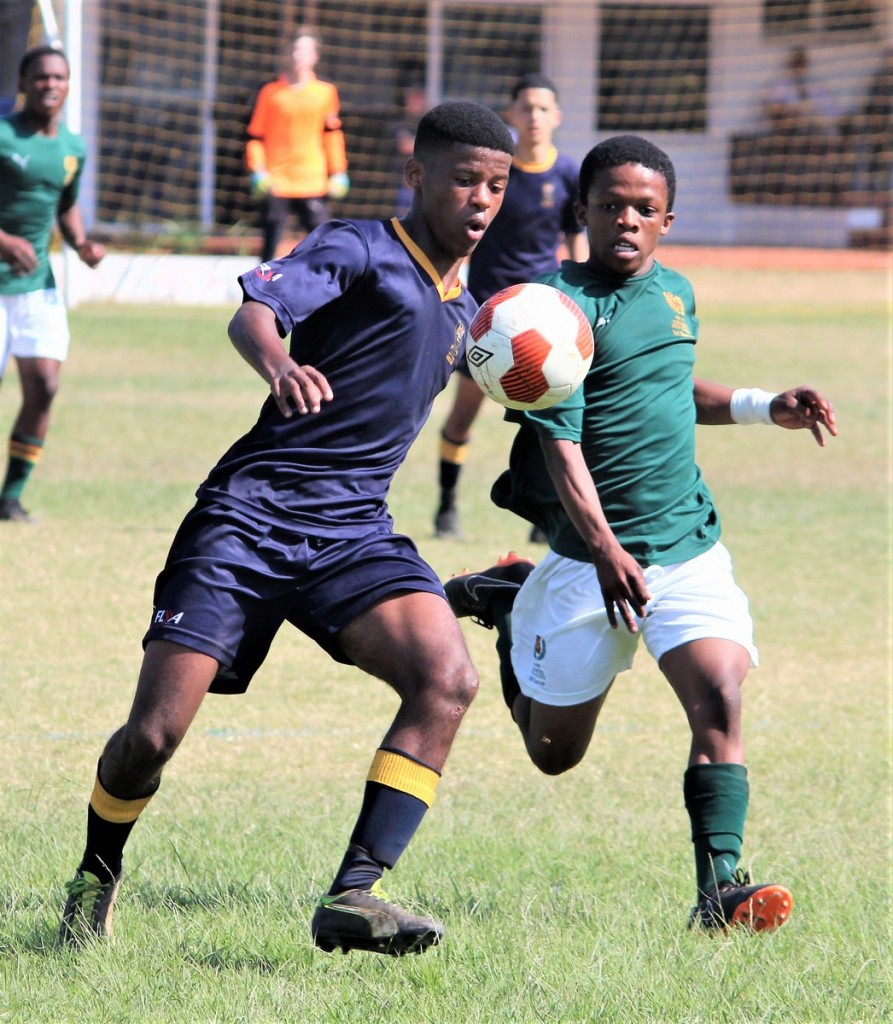 Monday 26 August 2019 saw the School first-team take on Clifton College in the semi-final of Cowie Cup.

The game promised to be a tense affair, with both schools having enjoyed successful seasons so far.

School were faster out the blocks and applied pressure on the Clifton goal, winning several set pieces. The pressure told when, from a corner, Andile Langazane scored with his head at the far post. Despite Clifton creating a few half chances from errors in the DHS build-up, it was DHS who finished the half strongest and should have gone into the break two-nil up.

In the second half DHS really stepped up their play, scoring through Langazane again and easing to a 2-0 win.

They now take on Northwood in the final at Northwood on Wednesday 28 August at 17h00.