Mandela Day has become an important day on our calendar to remember and honour Nelson Mandela and his legacy of hope and building a world of kindness and selflessness.

On Monday, 15 July 2019, 16 of our boys attended a Rise Against Hunger meal packing event hosted at Sibaya Casino in honour of Mandela Day.

Rise Against Hunger is driven by the vision of a world without hunger. Their mission is to end hunger in our lifetime by providing food and life-changing aid to the world’s most vulnerable and creating a global commitment to mobilise the necessary resources.

The organisation’s approach to ending hunger centres on mobilising a global network of hunger champions. Rise Against Hunger meal packaging volunteers produce millions of nutritious meals annually that are then distributed to partners in countries around the world. Through their thorough monitoring and evaluation process, they ensure the meals distributed by those partners are used as a tool to change lives by promoting education, improving students’ health and nutrition, addressing gender inequalities, stimulating economic growth and fighting child labour. Rise Against Hunger has organisations in South Africa Italy, India, Malaysia and the Phillippines.

Our boys were selected as “Champions” for the day and were put in charge of a meal packing station. On our arrival we were trained on what to do at each step of the packing process so that we could guide the different teams of volunteers and show them what to do.

Teams from various corporates such as Sun International, Cell C, FNB, Telkom and many more, participated in the event.

During the course of the day the various corporates, under the guidance of our boys, assisted in packing and boxing meals. These food packs consisted of a packet of vitamins, rice, soya, soup mix that had to be weighed and packaged in 67 minutes and filling 18 standard size boxes for each session.

The atmosphere was energy filled and there was an amazing team spirit in the air. It was a tiring day as we were on our feet the entire day but it was absolutely worth it because all those meals will be feeding so many hungry people and there is no greater feeling than doing something for the less fortunate.

Our boys did us proud and their efforts are appreciated for participating in this worthy cause and in helping to ultimately pack 200 000 meals.

Well done boys for your effort and giving more than 67 minutes in honour of Mandela Day and working together for the greater good!

DHS Boys who participated in the event: 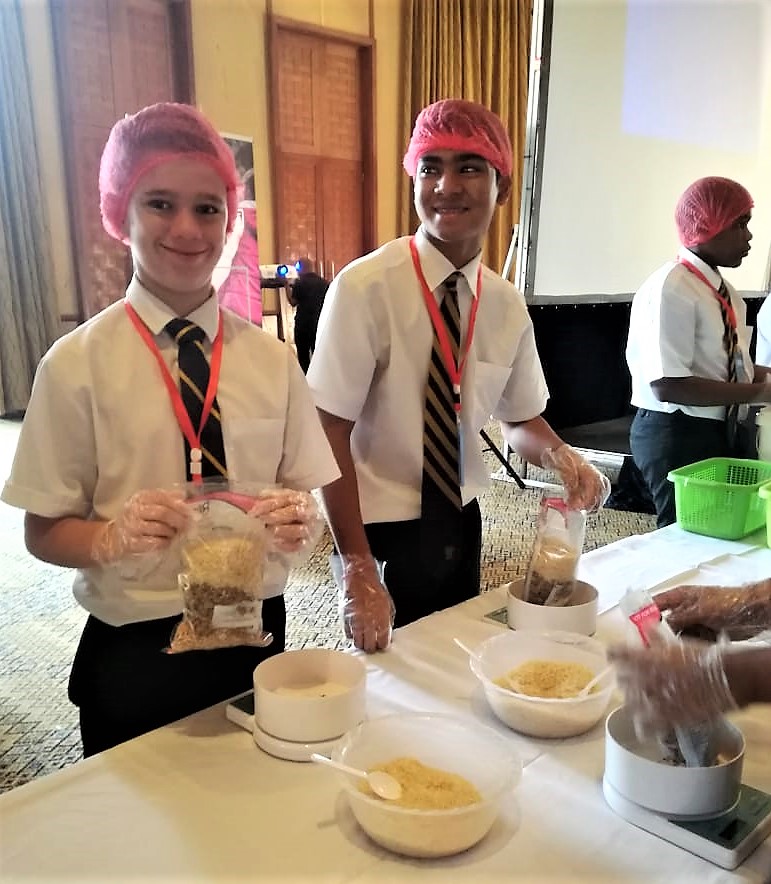 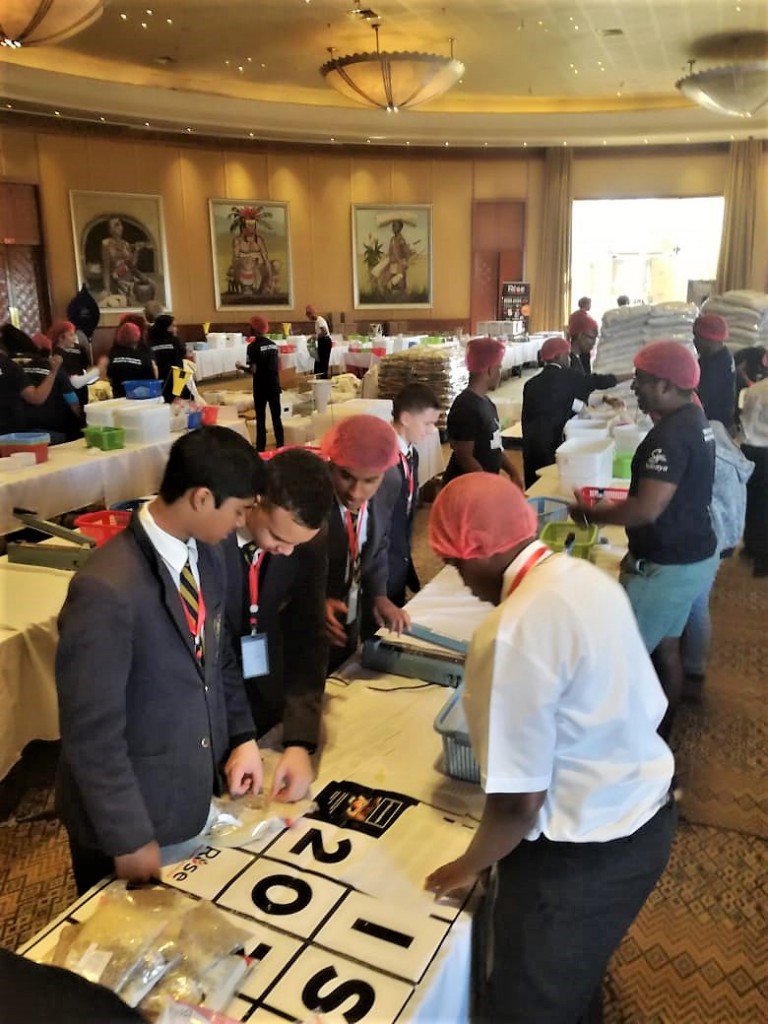 On Thursday, 18 July 2019, 20 DHS boys from Grades 10 and 11 embarked to Reddam House, Umhlanga to spend their 67 minutes packing meals and making toys.

The initiative was organised by Clothes To Good, Durban Youth Council and Rise Against Hunger.

The boys were warmly welcomed and were sent off to pack the meals with the many other volunteers. The room was filled with energy with vibrant music playing in the background and the spectators constantly motivating the volunteers. In the end 69 000 meals were packed and over 1000 toys were made.

Mandela Day is a global call to action that celebrates the idea that each individual has the power to transform the world, the ability to make an impact.

Nelson Mandela Day not only celebrates Nelson Mandela’s life, but it is also a global call to action for people to recognise their ability to have a positive effect on others around them. The day hopes to inspire people to embrace the values that Mandela shared. These values include democracy, freedom, equality, diversity, reconciliation, and respect.

Many people and organizations around the world take part in many activities to promote Nelson Mandela Day. These activities include volunteering, sport, art, education, music and culture. Various events are also held on or around July 18 to honour Nelson Mandela’s works and to promote the different projects that were inspired by Mandela’s achievement 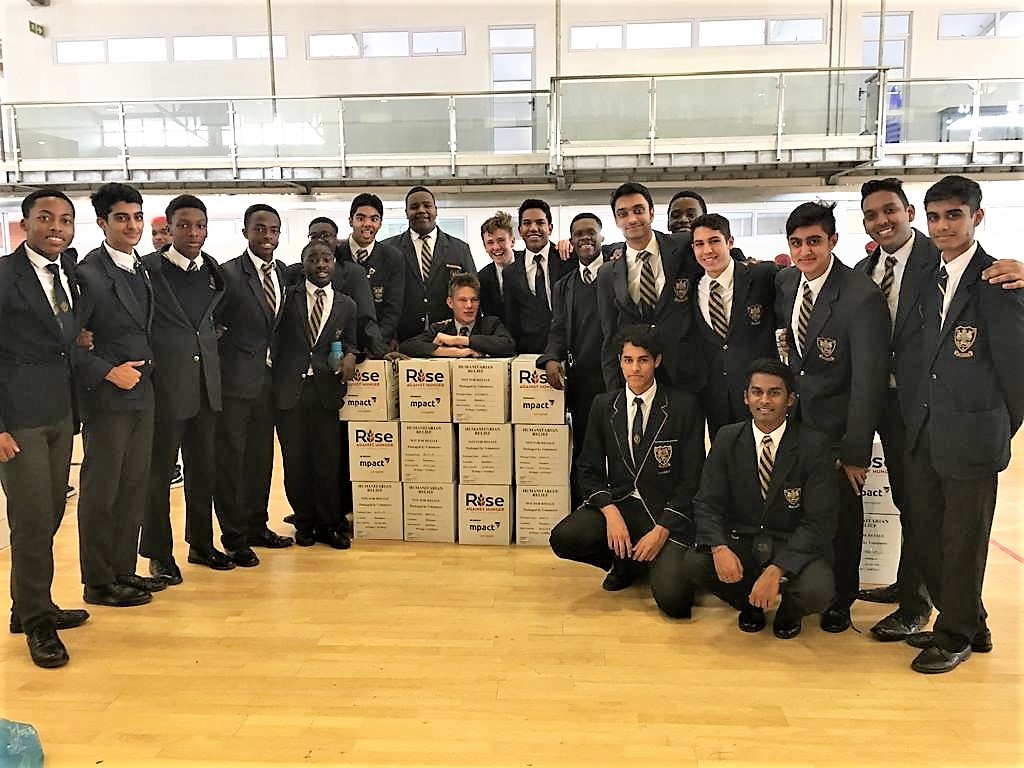