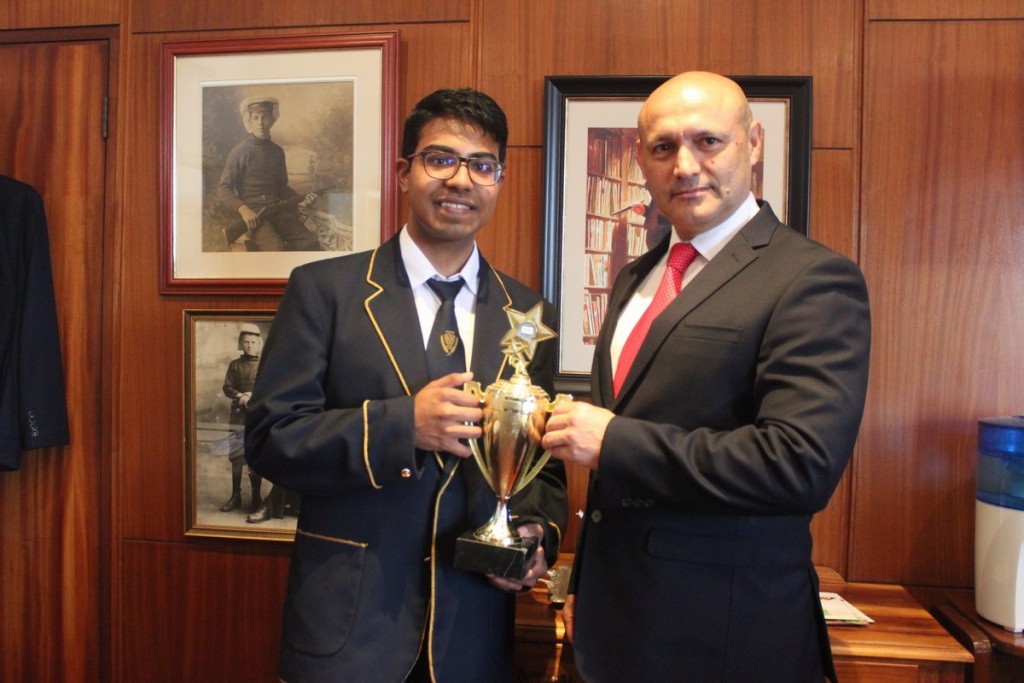 The Durban High School annual Senior Prize-Giving was held on Thursday 10 October at 10h00. The guest speaker for the event was DHS Old Boy, Mr Neil Coppen, Class of 1999.

The audience was welcomed to the ceremony by Head of Department, Mr Sunil Bodasing, and then addressed by the Head Master, Mr A D Pinheiro, who gave his enlightened perspectives on education. His address was followed by that of Mr Coppen’s.

Mr Neil Coppen is a South African theatre-maker and activist who has won several major awards for his playwriting, acting, design and direction work. He talked about his hero, DHS Old Boy and legendary Portuguese poet and writer, Fernando Pessoa. “After encountering Pessoa’s work, it didn’t take long before I had become what I thought was his biggest fan and it thrilled me to think – and brag to everyone I knew – that I had attended the same high-school as one of the greatest writers who ever lived and that by association that might make me great to. For many people, it’s like saying you went to the same high school as Willy Shakespeare … no big deal.”

Mr Coppen praised the teachers of DHS who had identified the potential and talents of Pessoa, giving him the space, encouragement and resources to begin mastering his talents. DHS teachers had also noted and nurtured his own interests and given him a head start in his own career.

Mr Coppen set our Matric boys a challenge – to mend the broken systems and institutions that no longer work as they head out into their new adventures. “It is a task I believe requires the depth of ingenuity, insight and imagination that our friend Pessoa has become so lauded for.” His advice to the boys was to use their imagination and empathy, the empathy of action.

Mr Coppen impassioned address received a standing ovation from the audience and boys.

Mr Coppen is currently writing a book on the life of Pessoa and we look forward to its publication. After his address, Mr Coppen was invited to hand over the awards to the Matric prize winners.

The major award for the day, the CG Hands Memorial Prize for Dux was awarded to Rashae Govender. Apart from Dux, Rashae also achieved the D C & E V Thompson Prize for Life Sciences, the Niekie Gerber Prize for Afrikaans 1st Additional Language, the Eddie Corlett Prize for Accounting and a merit certificate for achieving an “A” aggregate in 2019. Unfortunately, Rashae was not at the ceremony as he was writing an exam, however, his mother collected his awards on his behalf.

The GB Lapinsky Prize for Dux Proxime Accessit (Dux runner up) was awarded to Abdul Osman, who also received the O N T Downes Prize for Information Technology and a merit certificate.

The Kessel Feinstein prize for third in Grade 12 was awarded to Thirushan Pather, who also received a merit certificate.

The full list of other learners who received awards, subject prizes and merit certificates awards is as follows: 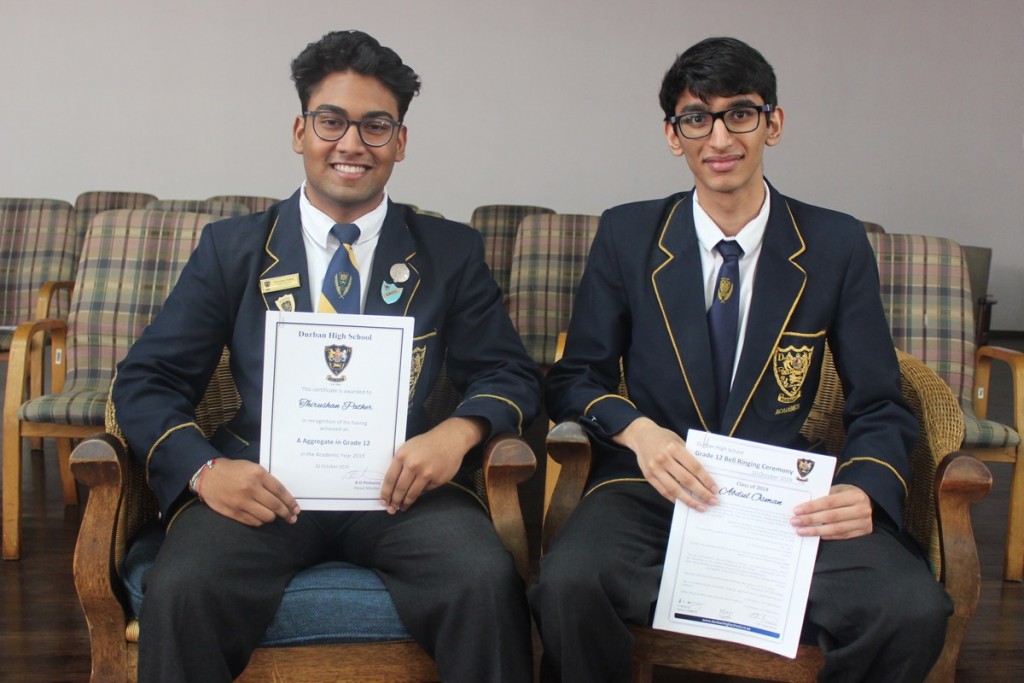 2nd and 3rd in the Grade, Abdul Osman (right) and Thirushan Pather 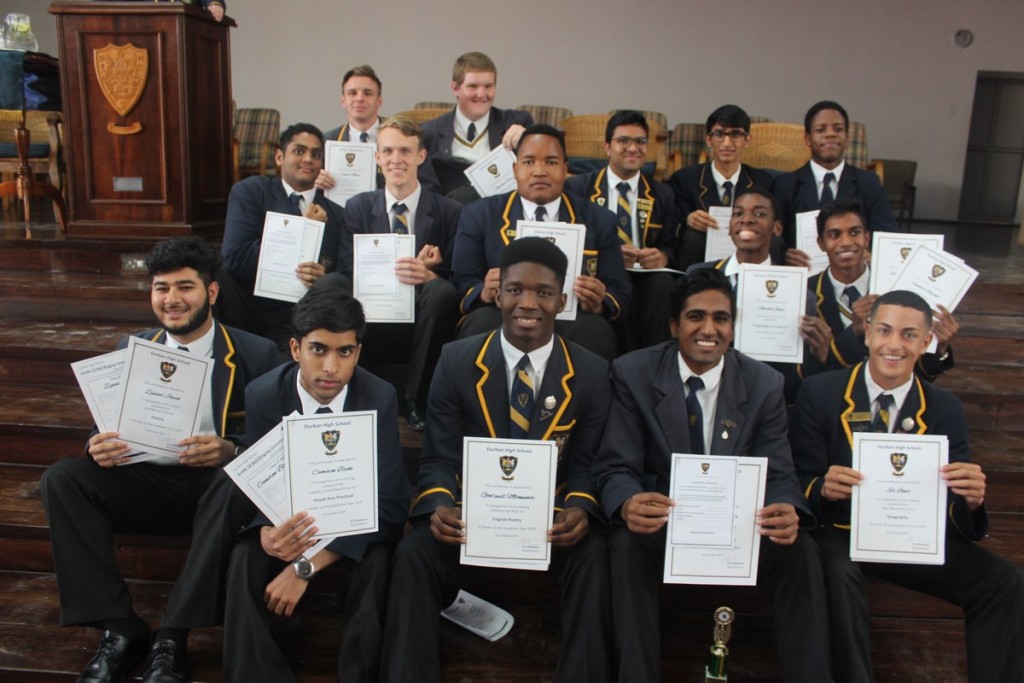 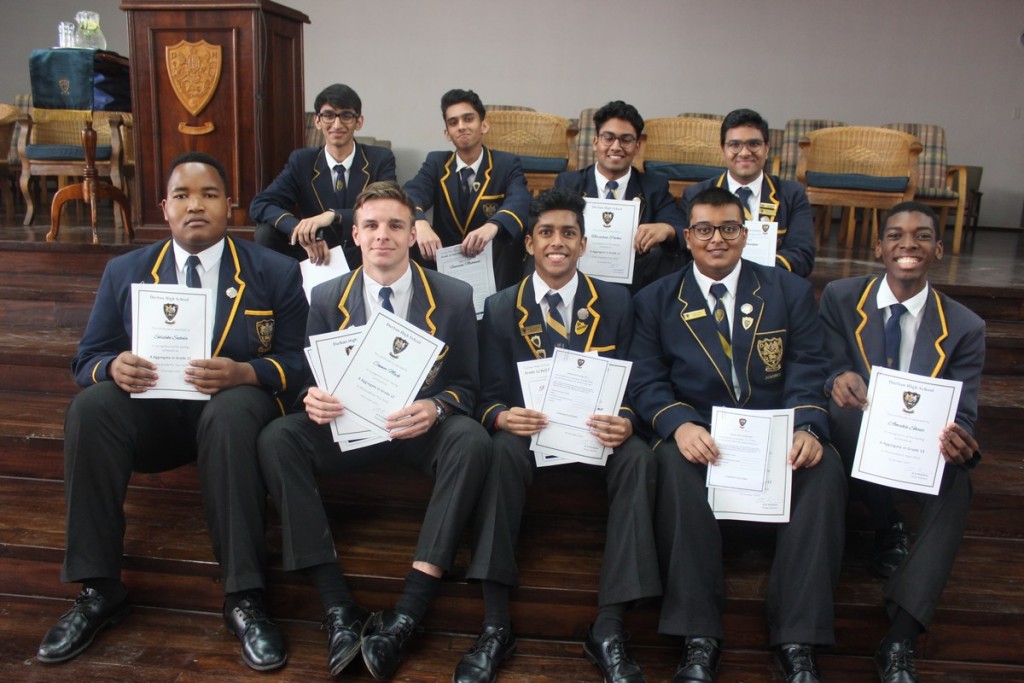 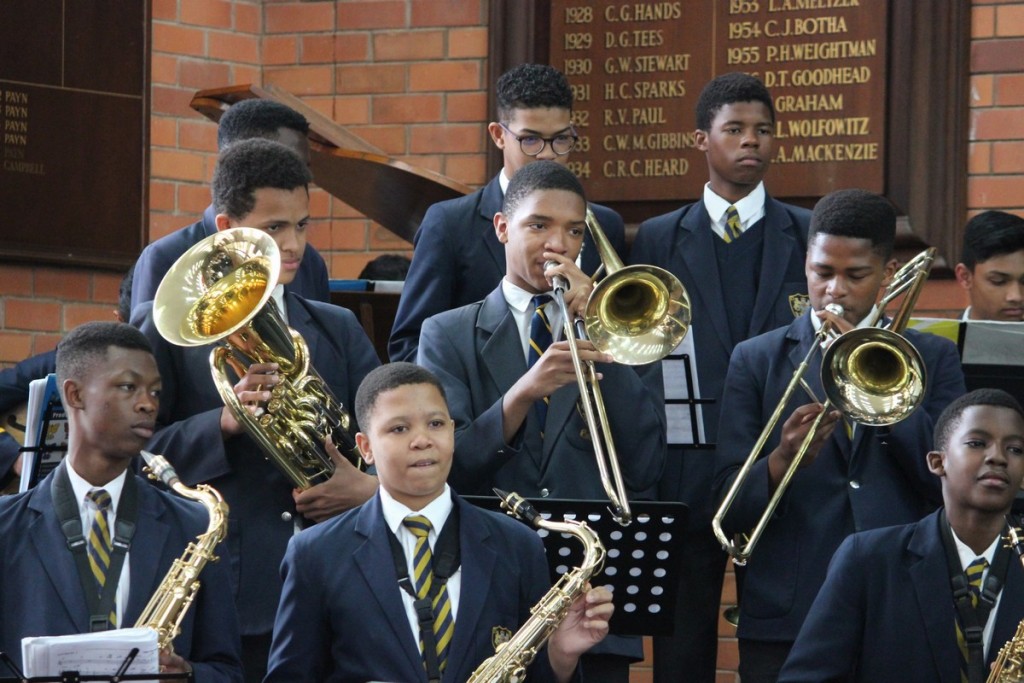