Sharks Present Jerseys to U13 Sharks 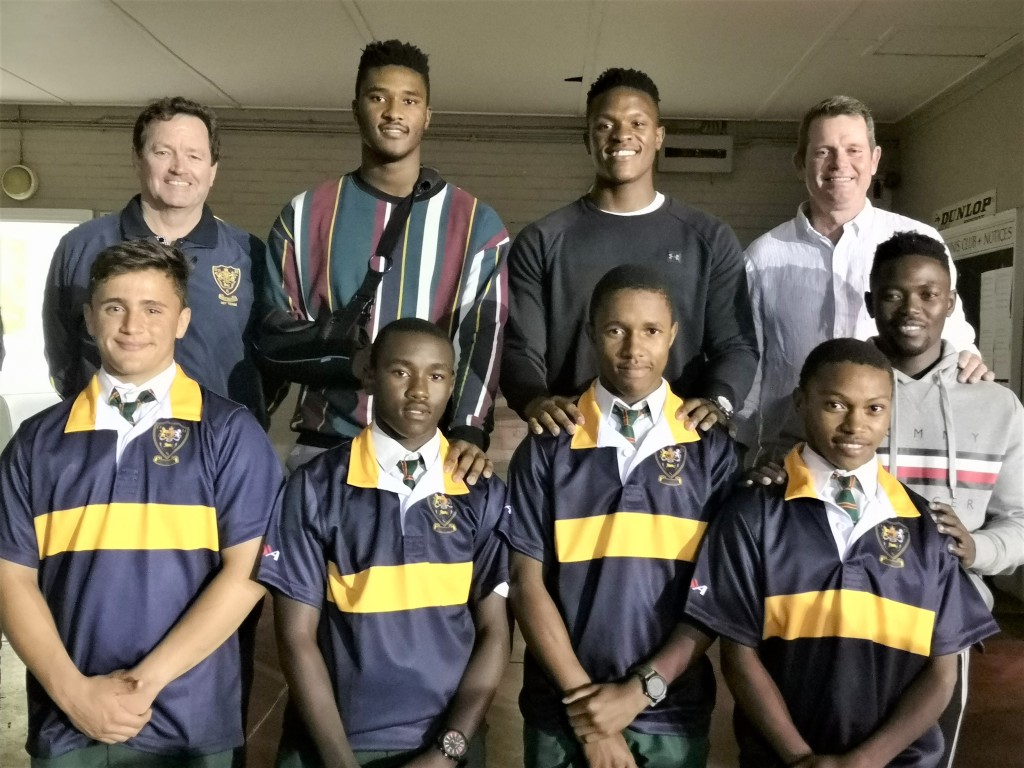 Sharks with U13 Sharks

Friday 2 August 2019 saw a number of rugby dignitaries attend a function in the new DHS Supporters Club which is housed in the Berea Tennis Club across the road from DHS.

The function was arranged by parents of the DHS U15 age group which had a highly successful rugby season this year.  Mr Sean Everitt, Head Coach of the Cell C Sharks, together with a number of ex DHS players who now play for the Sharks, took time out to support the function, which included a jersey presentation to a number of top class U13 Sharks rugby players who participated in the U13 Craven Week.

The Sharks U13 team this year bristled with talent and went through undefeated, beating Western Province in the final. Four members of the team, Chris Cloete (8th Man), Sisonke Ndlela (Fly Half), Lehlo Ngaka-Bless (1st Centre) and Karoabo Qhola (2nd Centre), are on Seabrooke Scholarships at their primary schools and will be attending DHS from 2020.

These talented young men, who excelled at Craven Week, and were presented with their DHS Rugby jerseys by Mr Everitt and their Sharks heroes and Old Boys, Phepsi Buthelezi, Sanele Nohamba and Celimphilo Gumede.

When presenting the buddying young stars with their jerseys, Sean Everitt expressed that DHS would provide these young players with an excellent opportunity not only to become outstanding rugby players, but more importantly, to develop sound value systems and to become sound academics, thus equipping them well for the journey ahead after school.

Mr Pinheiro, the DHS Head Master, also welcomed the young recruits and expressed his gratitude for the efforts of the U15 age group parents for their support of this age group during the season.