Blackmore House is a home for some 127 boarders at DHS. With a proud record stretching over 100 years, the House is often spoken of as the backbone of the School. Discipline and high levels of good manners are the foundation stones of the House. The staff of Blackmore attach a high priority to ensuring that the boys are focussed on doing well in all aspects of School life – academic, sport, cultural, leadership and service. Their needs are well catered for with excellent food, computer facilities, TV, audio-visual facilities and comfortable dormitories, with a maximum of 12 boys.

The boys go home for most weekends and may return on Sunday evening or Monday morning. Any parent or guardian can be assured that their son is in good hands in Blackmore House while he enjoys the camaraderie for which the House is famous. He is part of a caring, structured and disciplined environment where he is constantly adopting valuable life skills in order to survive in an ever-changing society. Blackmore House will continue to prepare young men to face the future. 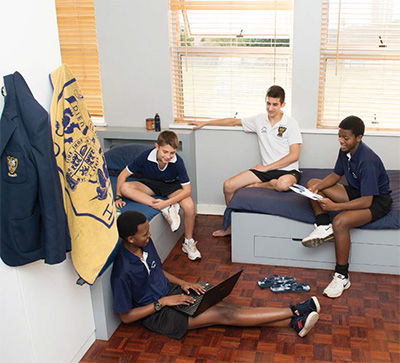 Boarders learn self-reliance and appropriate independence
as well as a deeper understanding of others.

To provide a safe and welcoming environment that will encourage boys to reach their full potential in all spheres of life by getting maximum use out of the rich resources and heritage available at DHS.

We achieve this by: 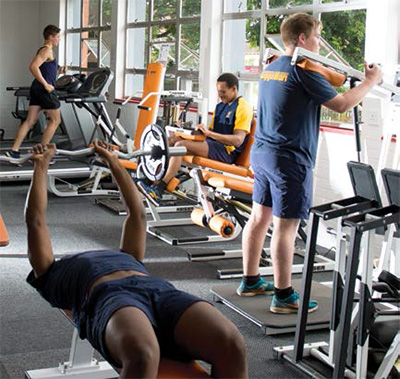 Producing young men of integrity and excellence who will form the
backbone of our School and eventually of our nation.

As part of the ethos of the School (which requires boys to honour all relationships), duties, responsibilities and privileges of a Blackmore Boarder include being a Fielder (Grade 8s), estate duty, bell duty, litter duty, demonstrating good manners and showing respect to all. He is expected to uphold the Code of Honour, to be an ambassador for Blackmore House in the School and to be actively involved in all aspects of the School.

Initiation is prohibited. Each Boarder participates in an induction programme the weekend before School starts each year and participates in the Closed Weekend activities for the House the following weekend. These first two weeks are a ‘blackout’ period where Grade 8s have no contact with their families so that they can get to grips with boarding and forge new relationships. Boarders will be allowed to go home every weekend after that, if they choose, as long as their extra-mural commitments are met, except for the other closed weekends during the year.

Rooms range from single-man (Grade 12s only) to 12-man rooms. Prep forms part of the daily routine which takes place in an air-conditioned prep room and is overseen by a master. The House has a computer room, internet facilities, TV and recreational areas where boys can relax. Musgrave exeats are allowed in the week, increasing in frequency the older the boys are.

Three home cooked meals are provided daily for the boys. Their needs are well taken care of by the livein Matron and Housemasters. The House has a well equipped sick bay. Laundry and cleaning services are contracted out to private companies.

Parental involvement is an essential part of the House, with an active Blackmore’s Council. This committee contributes towards policy decisions, social functions and upgrading of facilities and equipment.

Only at boarding school can you live with your friends during your most impressionable teenage years. You learn to embrace difference and celebrate diversity, an asset for anyone in their future field of study or work environment be it in South Africa or abroad