In February 2019, the newly renovated High Performance Cricket Centre was officially re-opened. Guest of Honour, the Legendary cricketer and DHS Old Boy, Barry Richards, rekindled memories of old when addressing the invited guests and the DHS 1st Cricket XI players. During the introductions, the CEO of the DHS Foundation, Mr Louis Ardé, gave a summary of Barry’s achievements as a Provincial and International cricketer. He matriculated from School in 1963, having played for South African Schools for 3 years, and during his illustrious career was honoured by both the legendary umpire Dickie Bird, and the great Sir Don Bradman by being included in each of their best ever Cricket teams.

Jeremy Oddy, the DHS Historian, then gave a hilarious account of a Staff vs 1st Cricket XI match in which class teacher Grayson Heath was despatched for a number of sixes by Barry into the school pool. Needless to say, the remaining scholars in the classroom thoroughly enjoyed Barry’s bludgeoning of their teacher and the raucous applause out of the Old Science Block windows bore testimony to the little work done that day! However, the following morning the boot moved rapidly across to the other foot when Mr Heath, on entering the classroom, regained his composure, and dealt with all and sundry in a most appropriate way!

The Head Master of Durban High School, Mr A D Pinheiro, thanked the DHS Foundation Trust for their efforts in initiating and financing the facility which he said he believed was unmatched in KZN school cricketing circles.

The function was concluded with the DHS Director of Cricket, Andrew Shedlock, sharing his ambitions for the future of Cricket at DHS. To officially re-open the facility, Barry Richards then bowled a ball to a DPHS youngster, Qaeed Shaik, who thankfully did not despatch it into the swimming pool!

We are very grateful to have such a superb facility on the DHS premises. Our boys use it every morning in the DHS Cricket Academy. In the afternoons, our boys train inside the facility. Adjacent to the facility are five synthetic cricket nets. These nets were also refurbished at the same time as the Indoor Centre to ensure our boys have the best facilities on our doorstep! 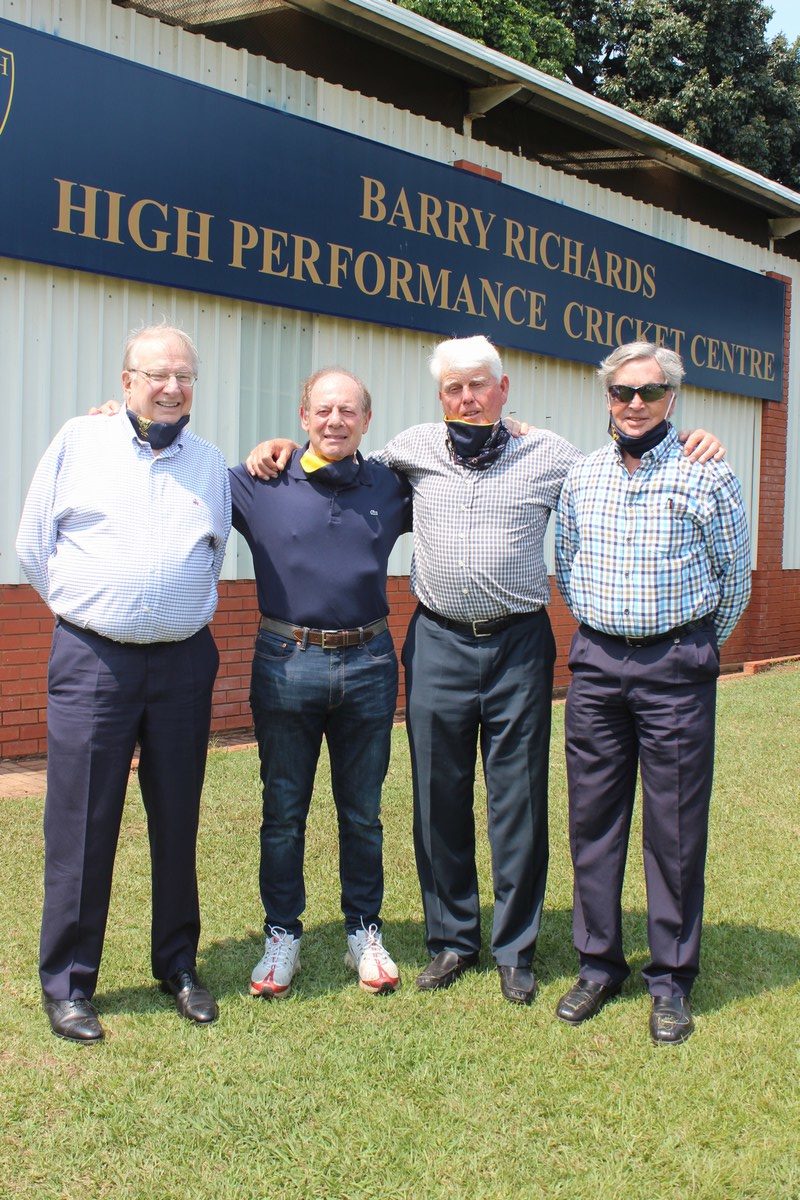