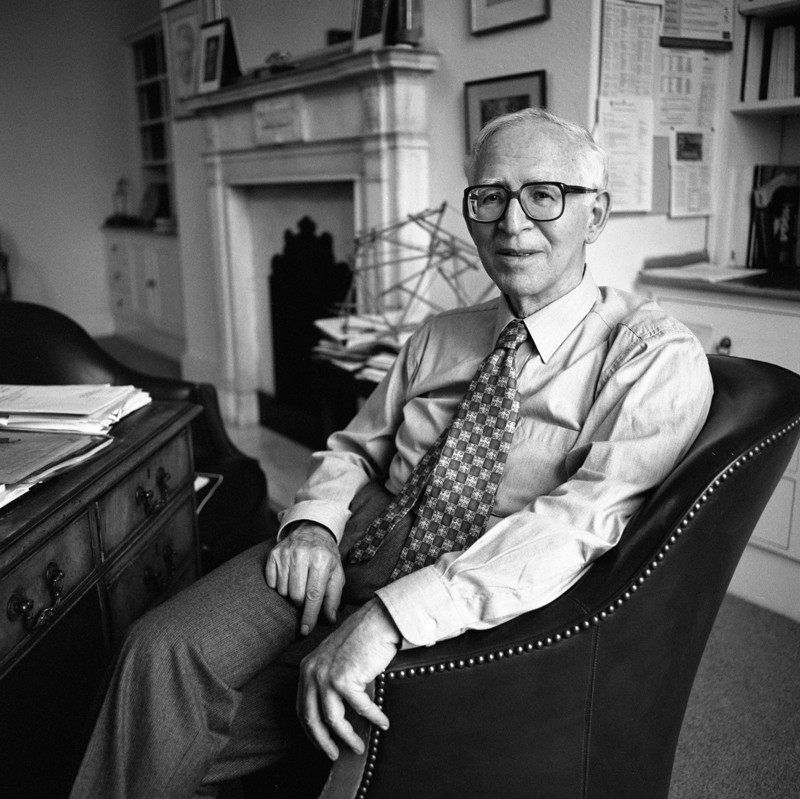 One of Durban High School’s most distinguished alumni was biophysicist, Sir Aaron Klug – a Lithuanian-born, South African-educated, British biophysicist, and winner of the 1982 Nobel Prize in Chemistry.

Friday, 20 November, marks the second anniversary of his passing – he died when he was 92!

This year, in a world ravaged by a virus, it is appropriate that we acknowledge one of our school’s forefathers who dedicated his career to the study of macromolecules such as viruses which helped inform our global research of viruses, even today.

In his obituary honouring Klug, his close friend and author of Aaron Klug: A Long Way from Durban, Kenneth Holmes wrote: “His invention of electron tomography, in which a 3D image of a virus is obtained from many electron micrographs, won him the Nobel Prize in Chemistry in 1982. He discovered proteins called zinc fingers that recognize DNA sequences and initiate the transcription of RNA – work that became the basis of gene therapy.”

A child prodigy, Klug was reading the newspaper aged three-and-a-half. At 15, he won a scholarship to study medicine at the University of the Witwatersrand in Johannesburg. Klug switched after a year to natural science and graduated with first-class honours in physics, chemistry and mathematics.

He had a prolific, brilliant, and much awarded career in research and discovery. Arguably he is the only South African matriculant to be awarded the Nobel Prize for Chemistry. DHS is proud to be associated with him.

Not only did Sir Aaron Klug personify the DHS spirt of educational curiosity, intrepid tenacity and constant collaboration, but his approach to life and the sciences also underpins the three pillars of the new educational institution being birthed by DHS: Swales Online Academy. As part of the multi-nodal education campus that DHS has become, Swales is named after another respected alumnus, Major Edwin (Ted) Swales VC – a South African pilot and World War II hero. To encourage learners in the ways of academic alumni such as Sir Aaron Klug, the motto of the academy is Explore, Think, Engage.

“As a mathematician his love of numbers and patterns may have aroused a degree of amusement to him observing that the second anniversary of his passing would bear the date of 20.11.2020 – there is poetry in numbers!” muses Winston Owen, Director of Swales Online Academy and Old Boy of DHS.

Swales is receiving applications for the 2021 academic year for boys and girls from Grade 4 to Grade 9.