In 2007, Durban High School Old Boy, Christopher Seabrooke, funded the conversion of the DHS Chapel into Seabrooke’s Theatre, which has become a popular venue for many local productions in the city.

Once again, in 2016, Chris demonstrated his unwavering support, both for the boys of DHS and the ethos of the school, by personally funding the brand new state of the art Music Centre, which opened in October 2016.

This facility is a platform for young musicians to grow their talent, with endless possibilities. The Chris Seabrooke Music Centre has positioned DHS to become an epicentre for a thriving music programme that will be specific to the culture of the school as well as the province of KZN.

In addition, the Chris Seabrooke Music Centre is a marking centre for Trinity College London music exams, which allows music students to register at DHS to do their Trinity Grade in both practical and theory. 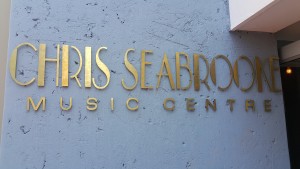 “Music gives a soul to the universe,
wings to the mind,
flight to the imagination
and life to everything.”
– Plato 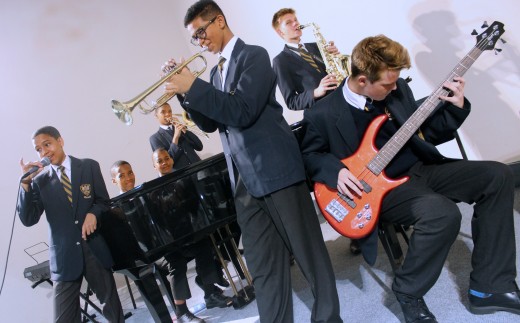 Initially, the plan was to introduce Music as an extra-curricular subject at DHS and then, over time, introduce music as a curriculum subject. However, the Chris Seabrooke Music Centre provides the required space and instruments for a wide variety of musical instrument choices for the boys, and this, coupled with demand, has led to the introduction of Music as a curriculum subject earlier than anticipated.

Currently, boys in Grade 8, Grade 9 and Grade 10 do Music as a curriculum exam subject. In addition, boys do Music as an extra-curricular cultural activity. Boys can choose between the instrument choices associated with the teacher as highlighted under Music Staff. They can either choose the jazz or classical stream, giving them a balanced exposure to different styles of music. An audition is held during the first week of each year to determine acceptance into the programme.

The boys accepted into the programme have two music periods every week, with an individual practical lesson.  Theory, Aural, History and Ensemble are split between these teaching periods. It is mandatory that boys start with music in Grade 8 or 9 should they wish to take Music as a subject in Grade 10. It is our aim that by the end of Grade 12 the learner would have obtained Grade 7 in Theory and Practical levels, making entry into any tertiary music programme effortless.

Singer, songwriter and popular KZN songstress, Natalie Rungan, is the Director of the Music Centre and Head of Music at Durban High School.

Natalie says “It is very encouraging as an active performing artist to see such amazing support for the future of music education in schools by this world-class music facility. I am motivated and challenged to take on the task of inspiring young minds and developing future musicians in our country.”

In addition, the Centre employs seven part-time teachers to teach both music as a subject and extra-curricular music. The teachers are accomplished in their respective fields, with a number of years of experience both as music educators and performers.  They are music literate, which is a non-negotiable requirement of any teacher in this programme.

It is our hope that these teachers will inspire our boys to want to pursue music by being mentors to them.

Having music as a subject, together with the Music Centre facilities, has contributed to making Durban High School a destination school. 2017 saw the birthing of the KZN Schools Drumline Competition, which is hosted by Durban High School annually.  Four schools participated in 2019, with an audience of enthusiastic, supportive parents and spectators. DHS proved to be the top team and took home the trophy.

This is just one of the events that will continue to build the Music programme at DHS. Our annual Music Concert “Shine” also took place for the first time in 2018, followed by the launch of the first recorded single, “Shine”, which features the DHS music boys.

The vision for the Chris Seabrooke Music Centre is not only to benefit the cultural life of DHS, but there are additional plans in place to grow music education and arts in the community at large.  Serving the community is a crucial part of the development of DHS boys into well-rounded young men. The music cultural groups and music boys are therefore taken out regularly to events that serve the community surrounding the School, sharing both their talents and time.  We are looking forward to seeing this Department grow from strength to strength.

For more information, or if you wish to contribute in any way to help further this music programme at Durban High School, please contact Natalie Rungan on Natalie.Rungan@durbanhighschool.co.za 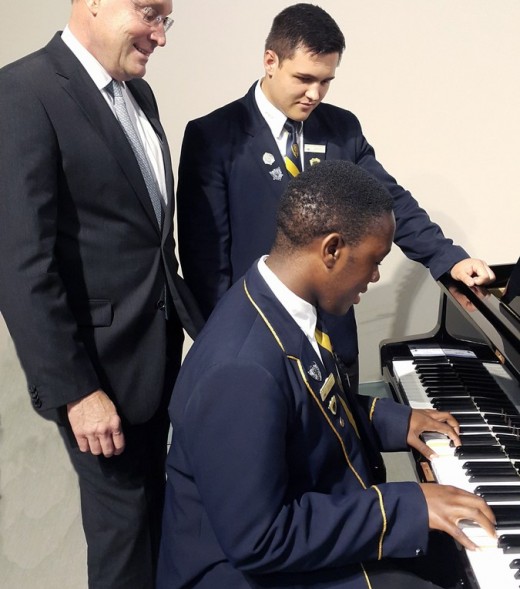