Debating is a process that involves formal discussions on a particular topic in a debate. Opposing arguments are put forward to argue for opposing points. Various matters such as politics, economics, and sports, environmental, socio-cultural and educational issues are discussed, and resolutions are made about action to be taken.

In a debate, each person is allocated time they are allowed to speak for, and any interjections are carefully controlled. The society consists of learners who thoroughly enjoy communicating, debating, and speaking in public.

The Durban High School Debating Society is affiliated to the Durban and Coastal Debating League (DCDL) which follows the World Schools Style debating. This debating format is a combination of the British Parliamentary and Australia-Asian formats, which is designed to meet the needs of the World Schools Debating Championships tournament. Debating involves more than simple discussions of the subject matter, speakers are expected to engage with each other as the rounds proceed. Our society competes with both public and independent schools over the first three terms of the year.

There are eight preliminary rounds, and the learners whose individual speaker scores are high go on to compete in the provincial and the national championships.

Coaching is held twice a week, and during this time, members have an opportunity to research, prepare and mock the debate topics for the upcoming weekly tournaments. They then receive feedback the coach on areas they can improve upon. There is no entry requirement to join the society except a passion for world issues.

Past learners who have been members of the society finish the school to pursue studies such as law, journalism, communication, marketing, finance and many areas of their interests. They leave having gained necessary preparation into these areas by being a member of the society. They also gain broad, multi- faceted knowledge cutting across several disciplines outside their normal academic subjects. Furthermore, they also improve in confidence, poise and self-esteem.

Public Speaking is a skill required to speak with confidence in any situation. Learners are trained to communicate effectively, whether it is in a formal or informal situation. During the training, learners are also given assignments in various communication roles such as the use of their voice, body movements (gestures), speaking on their feet, chairing a meeting, time keeping, telling jokes, inspiration, book reviews and to deliver prepared speeches.

At the end of the meeting, each member gets complimented on their assignments, and evaluated on areas of improvement. This gives them an opportunity to do better at the next meeting.

This activity is designed for the Grade 8-10 learners who wish to improve their confidence in communication, and to overcome the fear of speaking in a large audience. The programme is run at the start of each term, and ends when the term finishes. A new group of learners then join the programme, thus allowing more students to experience this important life skill. 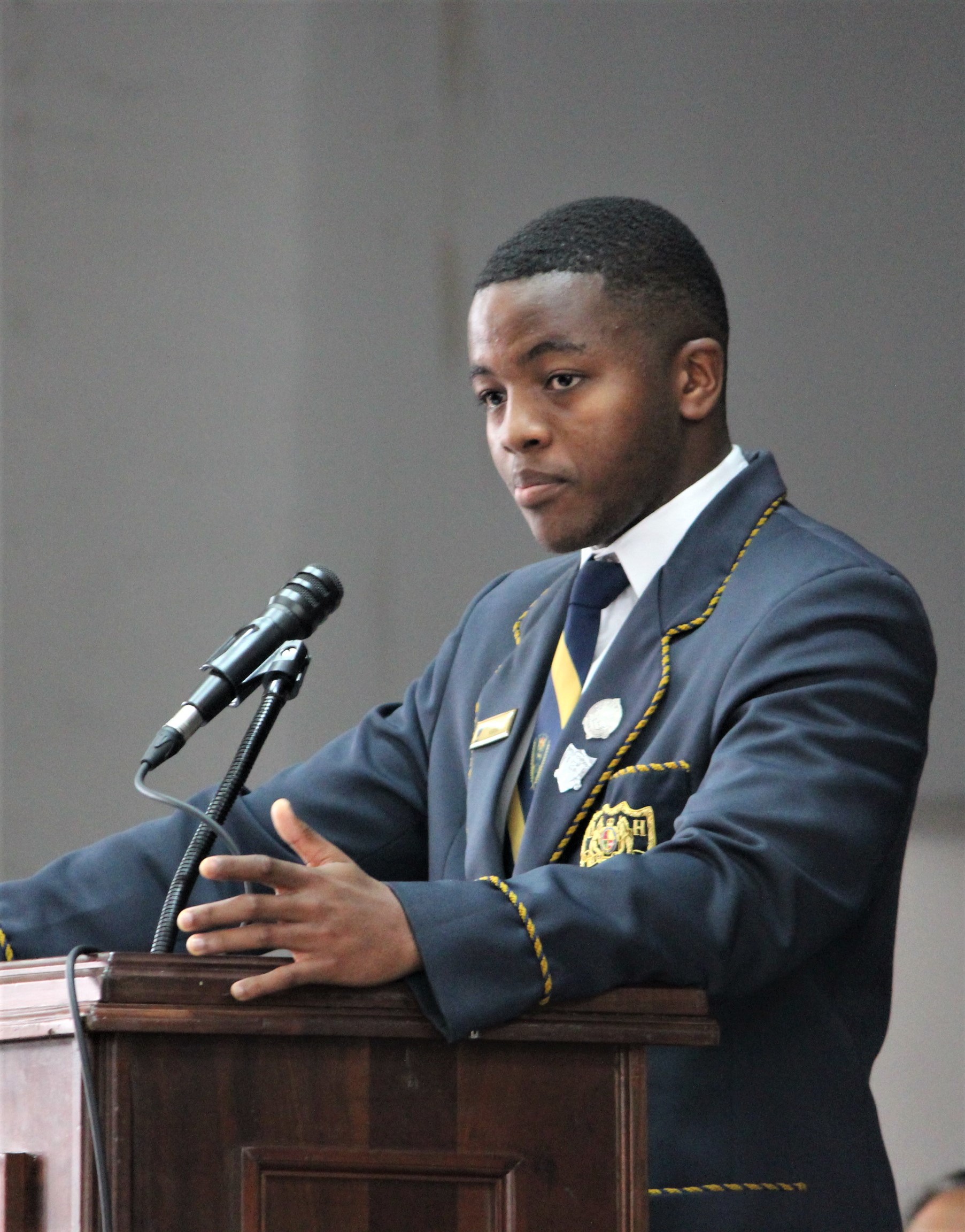