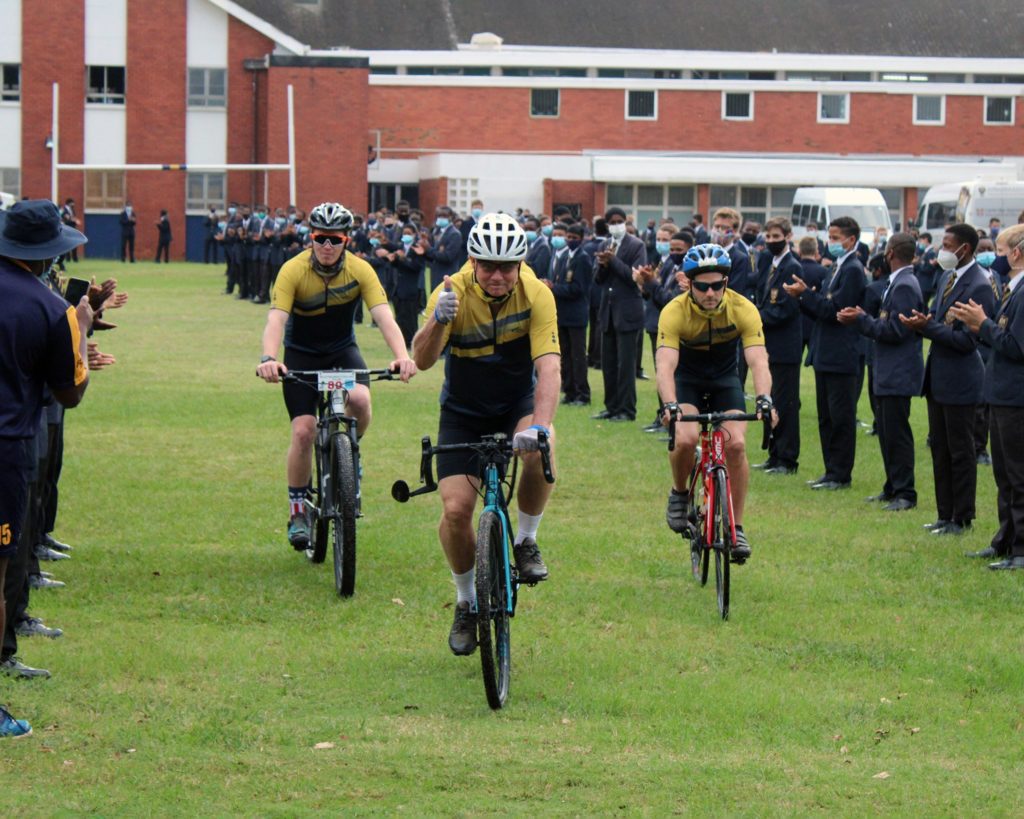 For the past few years Neil Lamble and his Durban High School Class of ‘73 have collected money in order to fund a bursary for a scholar at DHS. This year Neil, who is now semi-retired, decided he would like to do more to support School by assisting to raise funds for the new Astro turf; and he wanted an adventure. After discussions with Andrew Shedlock, the CEO of The DHS Foundation, the Tar-2-Turf Challenge fundraiser was born and the result is that Neil has just finished cycling from Durban to Cape Town, a 1800km trip over 26 days.

Neil left from Top Field at Durban High School on 1 April with a great send off – the Grade 8s formed a 100m long tunnel through which Neil cycled, accompanied by his son Trent, and Taylor Kelly-Stack and Fabian Lazarus of DHS. The DHS band provided background sounds and Head Master Mr AD Pinheiro, Deputy Head Mr Gavin Goodwin, Andrew Shedlock and many friends and family were there to support him.

Michael Baker and Myles Usher of DHS had left earlier that morning, at 4am, to run the first leg of the trip, from Durban to Park Rynie, arriving there just before Neil and Trent, pipping them at the post – a distance of 64.6km.

After 26 days of riding up to 120kms per day, with the occasional rest day, Neil arrived in Cape Town on 26 April, where his friends, family fellow and some Old Boys were waiting to welcome and congratulate him.

Neil wrote an entertaining daily account of his ride for the day and which he posted to the Tar-2-Turf Facebook page. Should you wish to read about Neil’s epic adventure, click on the link below:

For a modern high school to be competitive in hockey these days, an astro turf is an absolute necessity. DHS has for some years now been trying to raise funds to build an astro turf at the school and that dream is now closer than ever to becoming a reality, thanks to Neil’s efforts and the generous contributions of friends of Durban High School.

Neil and his family, passionate supporters of School, have a long and proud history with DHS. Neil is an Old Boy, he taught at School for three years in the 80s and was member of the GB and DHS Trusts for many years. His wife, Di also taught at School and both his sons are proud Old Boys; Clyde was Head Prefect in 2004 and Trent was the Captain of Canoeing in 2001. They all believe firmly in DHS and are excited about the School’s future. It is not too late to contribute and he would greatly appreciate your support.

Neil’s goal is to raise R1 000 000 and he is asking friends and supporters of DHS to donate per km ridden, or to make any donation.

Donations can be made via Zapper, or into the bank details below:

Or please contact CEO of the DHS Foundation, Mr Andrew Shedlock on ceo@DHSfoundation.co.za

The venture has been made possible due to the generous sponsorship of Halfway Toyota, Scottburgh. To hear about their Tar-2-Turf specials, please contact Pieter Fourie on pieter@halfway.co.za or 08HALFWAY/0804253929. 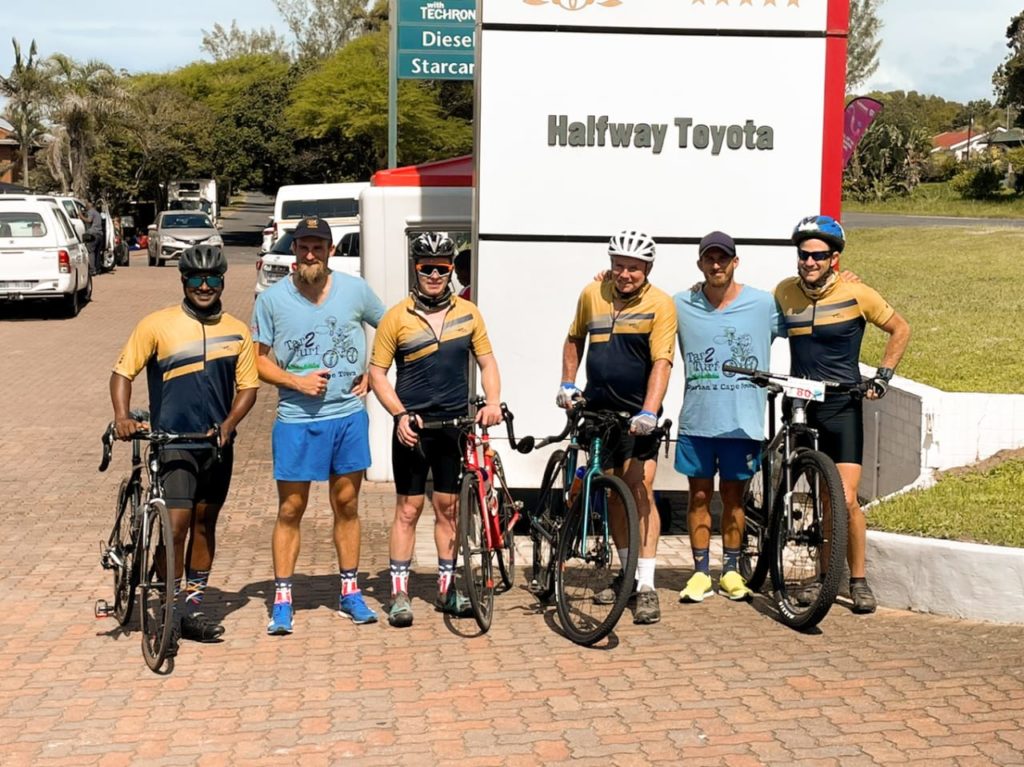 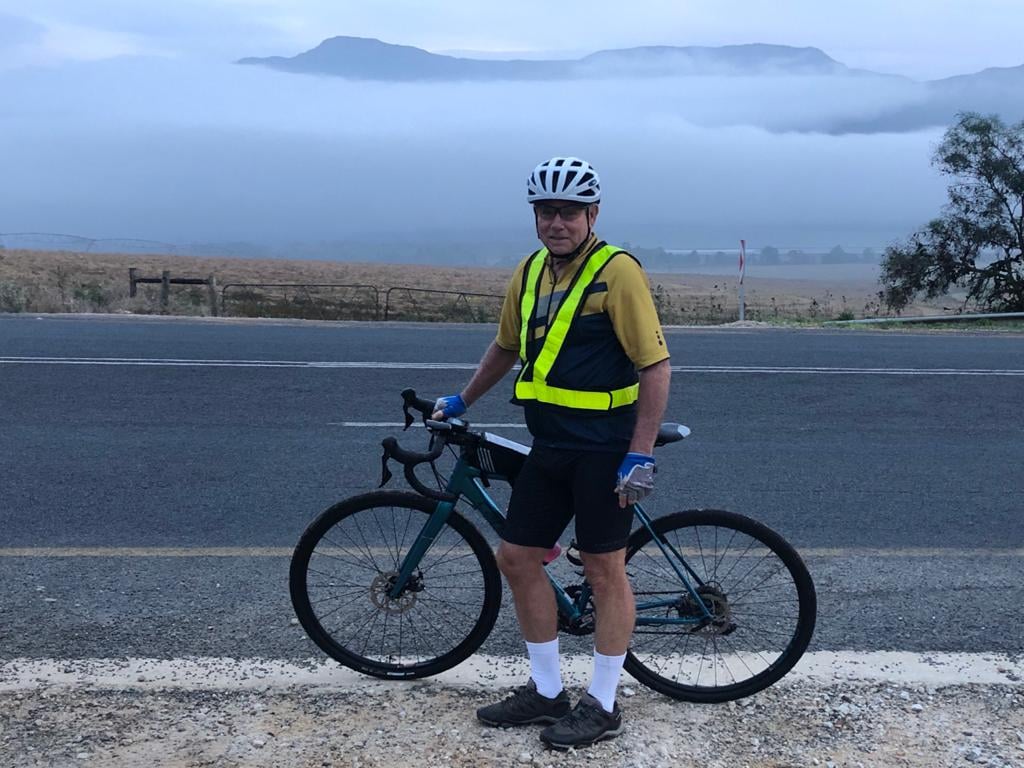 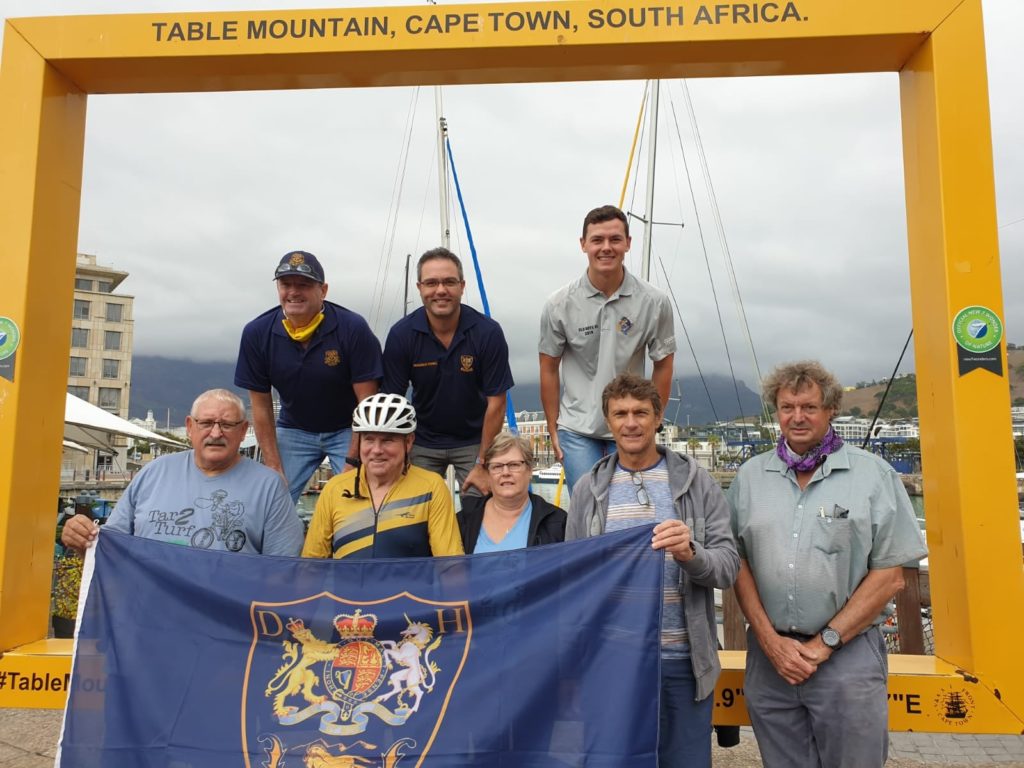