Congratulations to the young men of Durban High School on their achievements. 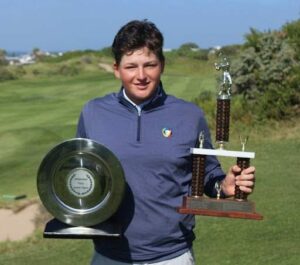 Daniel Bennett, 16 and in Grade 10, is an excellent Golfer and is now both the South African U17 Champion and the Dimension Data 2021 Junior (U19) Champion after  winning two competitions in a week.

Daniel, whose Grandfather David Bennett is an Old Boy (Class of 1967), joined DHS in January of this year after returning to South Africa from Canada. He has played in 26 Golf Tournaments so far this year, winning 4, placing 2nd in 5, 3rd in two, 4th in two and 5th in three. Before arriving in RSA, Daniel, who started playing golf at the age of 10, played in many tournament, scoring 52 wins and representing British Columbia vs the USA. With a best handicap of Plus 4.3 and a current handicap of Plus 4.0, Daniel’s local and World Golf rankings are: 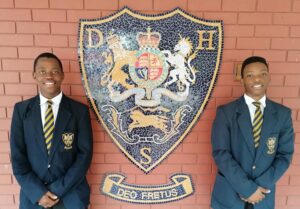 Bongumusa Shezi and Khulekani Mseleku have been selected for KZN Cricket, Bongumusa for the KZN U19A Team that will participate in the Coca-Cola Khaya Majola Cricket Week, whilst Khulekani has been chosen to represent the KZN U16A Team. 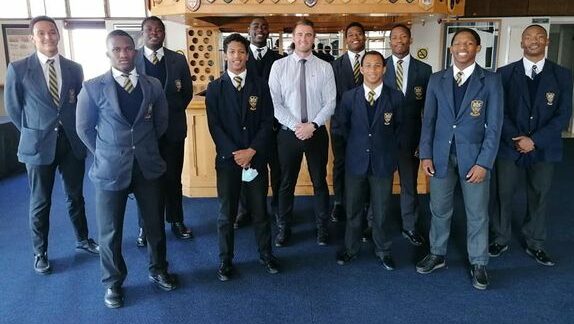 We are extremely proud to announce that no less than 13 players and two coaches from School have been selected to represent KZN in Rugby.

Siseko Mani and Tresor Bwato were chosen for The U18 Academy Team, which will be coached by Mr R Lombard. Mr M Jansen van Rensburg has been selected as the Team Manager.

The following boys were selected for the U16 Grant Khomo Team:

Mr F Genade has been chosen to be the Team Manager.

Seveb DHS Boys were selected for the KZN U16 B Team, namely:

Mr M Pina was named the Forwards Coach for the KZN U16B Team. 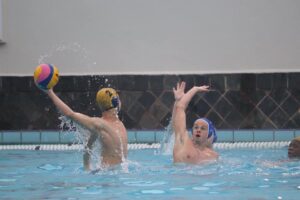 The following DHS Boys have been selected for KZN Water Polo Teams:

Sherav Maharaj achieved Gold in Badminton, winning both the Doubles and Mixed Doubles Final at the U17 SA Championships and Inter Provincials that were recently held in Benoni. Sherav is now ranked 2nd in SA for U17 despite only being 15 years old!

Ntokozo ‘Surprise’ Maphumulo participated in the Sea Harvest Cape Crown Surfing Competition. He won the U14 Age Group in 2020 and at  only 15 this year he is participating in the U16 and the U18 Age Group which speaks volumes for his Surfing talent. One of Ntokozo’s sponsors is Bilt Surf which is owned by DHS Old Boy, Jason Ribbink, who himself is a past SA Surfing champion. 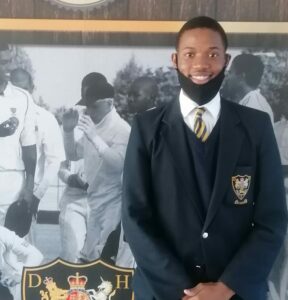 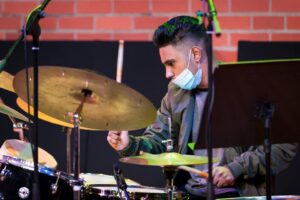 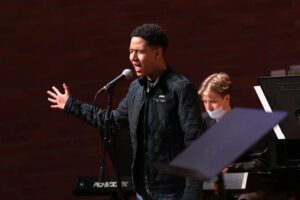 Sabian Singh and Christian Linderboom were selected for the Standard Bank National Schools Jazz Band. Sabian (drummer) and Christian (vocals) are two of only eight musicians from around the country who have been selected. The National Schools’ Jazz Band consists of the top high school jazz musicians in the country.  This essentially means that Sabian is rated as the best drummer in South Africa, with Christian being rated as the most talented vocalist.

Congratulations to Joshua van Biljon who scored a scintillating century of runs over the weekend against Maritzburg College for the U14A Cricket side, amassing 115 runs not out off 121 balls. What adds even more to this performance is that Joshua is still only U13!