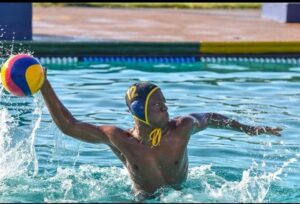 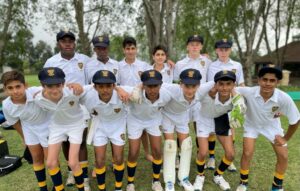 The Durban High School U14A Cricket team were unbeaten at the prestigious Charl van Rooyen Cricket Festival at Kearsney on the first weekend of the holidays. The team beat Pretoria Boys High School in their opening fixture by 7 wickets. They followed this with a stunning 9 wicket win against Waterkloof. Special mention to Krian Jugoo who scored 50 not out off 38 balls and Semal Pillay who scored 54 not out off 55 balls.

The team then continued their brilliant results of late with another superb victory, a 7 wicket win against Paarl Boys High. This makes it four wins on the trot for the U14A side after their win last week against Maritzburg College.

To the Head Coach and Director of Cricket, Mr Lazarus, your dedication has had a profound effect on the boys. The results are continuing to show across the board for our sport teams which is a direct reflection of the tireless work being put in from our coaches and boys, and we are so proud of all of you.

Congratulations to the boys and coaches on this special achievement. 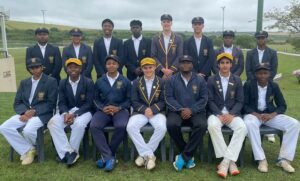 DHS played cricket fixtures against our oldest traditional rivals, Maritzburg College, with the 1st XI, U15A and U14A all participating in a weekday fixture up in Maritzburg after school. We are pleased to say that two of these three fixtures were won by School, with the U14A and U15A continuing with the very impressive results of our Junior Age Group teams. The 1st XI unfortunately lost their fixture.

Despite the lack of sport played this year, we would like to congratulate our Junior Age Group teams on their results in the few fixtures that they have played.

Congratulations to all the boys and coaches on these fantastic results, we are extremely proud of you!

DHS are honoured and extremely proud to say that we have been invited to participate in the prestigious Absa Wildeklawer Schools Rugby tournament in 2022 where the top Rugby schools from around the country participate.

Our 1st XV, U16A, U15A and U14A will all be playing in what has become the biggest schools rugby festival in South Africa.

DHS are incredibly honoured that out of all the schools available in KZN, the Hollywoodbets Dolphins chose to host their fixture against The KZN Colts at DHS.

Both Old Boys also Captained SA Schools! Imraan was the Captain in 2001 and Mduduzi Captained the team in 2005. Imraan went all the way and received the honour of becoming a Protea!  Imraan and Mduduzi also played over three years for the 1st XI Cricket Team at School, with both of them Captaining the team.

We continue to pride ourselves on our envious Cricketing history that boasts statistics such as the most International Cricketers produced by any school in the world. We are also very excited with the talent that has been displayed in various friendly fixtures against local schools from our Junior Cricket Teams.

The DHS Staff had reason to celebrate over the long weekend as they put in a tactical Master Class which was spearheaded by Director of Hockey, Mr Baker which resulted in a 5-3 victory against the U16A Hockey team.

Credit must go to the youthful U16A Team which consists of many U15 and a handful of U14 players. The boys were full of running, however, this wasn’t enough to claim the victory. A tactic of the staff was to use the sheer physical presence of Mr Hulley upfront in order to hopefully rattle the youngsters a bit. This clearly worked as this tactic allowed a huge amount of space to be created for none other than Mr Pillay in the D, who produced arguably one of the best Staff goals seen in a very long time. Not to be outdone, Mr Baker produced a deadly shot which would have made an Olympian proud, rebounding in off the top post. The shot was hit with such force that many who played believed he had broken the goals.

Fittingly, Mr Usher (one of our Conditioning Coaches for our sportsmen) produced a run from deep in his half down the line at frightening speed, cutting inside to show sublime skill and then finishing off with finesse. Mr Kelly-Stack showed why he is so highly rated as a player and a coach by producing no less than five moments of brilliance in the lead up to his goal.

To finish off for the Staff, a penalty was awarded. Mr Bezuidenhout (Director of Soccer) stepped up to the plate and produced a flick that would have made Old Boy Mike Cullen proud. This took the goal tally to 5 for the Staff.

Credit must go to the defenders of The Staff. Mr Bottomley, Mr Matthysen, Mr Sityana and Mr Goodwin Jnr were resolute in stopping constant counter attacks. Mr Bennett, despite being late and the sole reason for the U16A’s first goal, recovered from this initial setback and produced saves that looked like something out of a movie.

Mr Mkhaliphi and Mr Dudas were also unsung heroes with the tireless work they showed in the middle. The remaining 2 goals scored by the U16A’s were both scored against the run of play.

A fantastic evening was had by all and both Staff and Boys wait in great anticipation for next year’s fixture.